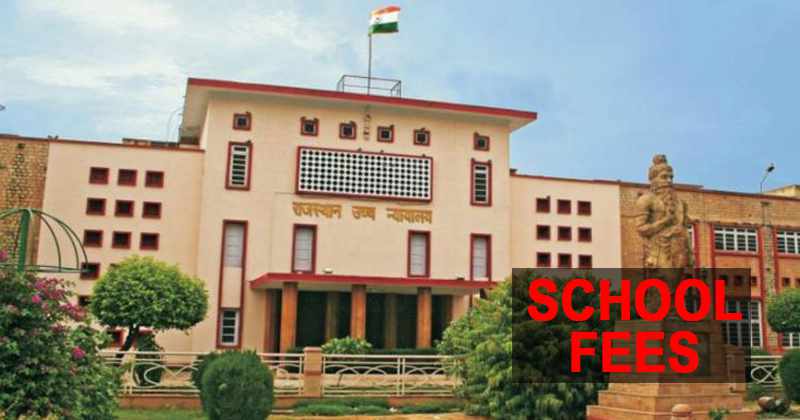 Judiciary Sep 09, 2020 Shreya Tulavi ( Editor: Ekta Joshi ) 0 Shares
0 Shares
In an interim order passed on Monday ( September 7, 2020), the Rajasthan High Court has allowed private schools in the State to collect 70% of the annual tuition fees in three installments for online classes conducted amid the COVID-19 pandemic (Society Of Catholic Education Institutions In Rajasthan and ors v. State of Rajasthan).

The order states, "... this Court by an interim measure and till the situation gets normalized, directs the school authorities to allow the students to continue their studies online and allow them to deposit 70% of the tuition fees element from the total fees being charged for the year." In the interest of balancing the interests of both the schools and the students amid the pandemic situation, Justice Sanjeev Prakash Sharma has ordered as follows: 70% of the tuition fees for the academic year 2020-21 can be collected by the schools. The said 70% of the tuition fees shall be paid for the period from March 2020 in three installments. The first installment is to be paid on or before September 30, the second installment is to be paid by November 30, 2020, and the third installment is to be paid by January 31, 2021.  Students cannot be expelled for their parents' failure to remit the tuition fee installments in time. However, students can be disallowed from attending online classes for such failure to pay up the fee. The Court was hearing various pleas moved on behalf of private schools in Rajasthan challenging a Rajasthan Government direction that required private schools to defer school fee collection indefinitely amid the pandemic. An initial circular directed private schools to hold off on levying fees for three months, while a second circular dated July 7 extended the operation of the first circular till further notice. The schools argued that they had infrastructural facilities to maintain and that they had to pay their non-teaching staff, while also shouldering the costs of online classes and teachers' salaries. The Bench sought to strike a balance between the two opposing interests. It observed that "... at this interim stage, this Court finds that a balance is required to be struck between the financial difficulty of the school management relating to the release of the salary of the staff and minimum upkeep of school on one side and the financial pressure, which has come on the parents due to the pandemic and lock-down as noticed above."

Noting that parents could not be burdened with heavy fee requirements and that schools could not be expected to unilaterally shoulder the costs of maintaining its infrastructure, the Court found that these interests had not been considered by the State when it issued its notification. The Court opined that school associations' arguments about the State Disaster Management Authority's lack of authority to issue such directions are not sustainable. It, however, informed that a more detailed examination of these issues may be undertaken at the stage of final disposal.   [READ ORDER] 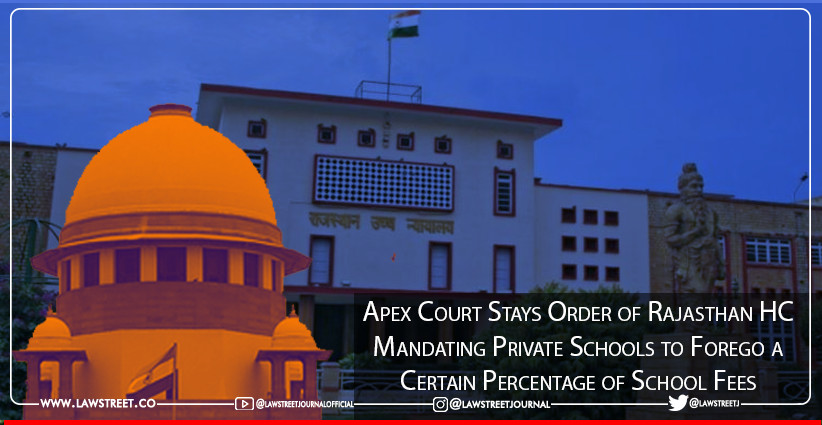