Home Judiciary Schools Getting Govt Recognition Cannot Impart Religious Studies Of One Religion In Preference To Others: Kerala HC
Judiciary 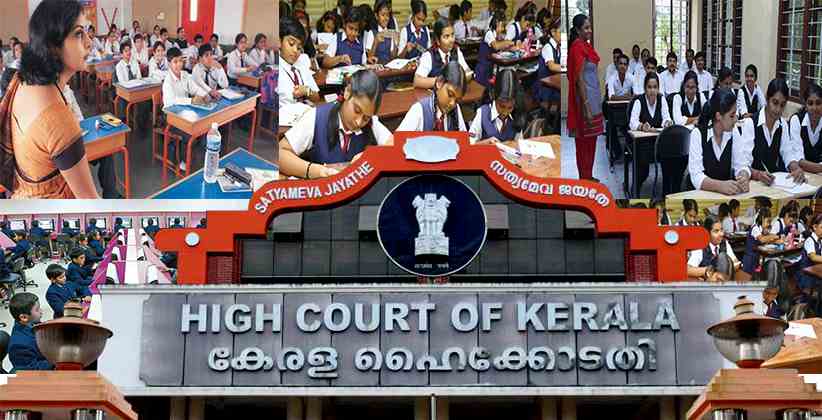 In one of the significant judgements the Kerala High Court has observed that private educational institutions which require recognition of state government, are not allowed to impart religious instructions of one religion in preference to other religions and if at all schools want to impart it, then it should be absolutely based on religious pluralism.

The judgment was delivered by Justice Muhamed Mustaque in the case of The Trustee, Hidaya Educational & Charitable Trust, Muhammed Umer v. The State Of Kerala & others on January 24, 2020.

The writ was petition filed by a private unaided school, which was functioning without Government recognition or CBSE affiliation and had admitted more than 200 students all of them adherents to Islam, challenging the State's action of closing down the school on the premise that it promotes exclusive religious instruction and admits only students from one particular community thereby posing threat to the secular fabric of society.

The State Government acting on intelligence report had issued order of closure. Acting upon the Government direction, the Deputy Director of Education, Trivandrum, had issued the order of closure after an inspection. In inspection it was found that the syllabus was in accordance with the curriculum prescribed by MFERD (Millet Foundation Education Research and Development), which is common platform to Muslim Educational Institutions for sharing, networking, co-ordinating and co-operating among themselves, to complement the efforts of individuals, professionals and organizations to achieve excellence in the field of education within the boundaries of Islamic Shariah.

The Court observed that apart from achieving excellence in temporal education, an attempt is made to promote the individual identity of the pupil based on Islamic Shariah which would necessarily be possible only by imparting religious instruction in institutions.

The court reasoned that our Constitution allows educational institutions having State recognition or funds from the State to give religious instruction with the consent of guardian [Article 28(3)]. But this enabling clause existed in the constitution at a time when elementary education among children in the age group of 6 to14 was not declared as a fundamental right [Article 21A] hence, issue before the court was about the balance between Article 28(3) and 21A.

Following is an excerpt from the paragraph 14 of the judgment;

Based on the above findings, the Court opined that the Government is justified in ordering closure of the school and ordered the Secretary of General Education Department to issue a general government order directing all recognised private schools in the State to desist from imparting religious instruction or religious study without permission from the Government.

State Not Private Litigant, Has Solemn Constitutional Duty To Assist Court In Dispensation Of Justice: SC