Proceedings U/S 138 Of NI Act Cannot Be Quashed On The Ground That Notice Not Served Within Statutory Period: SC [Read Order] 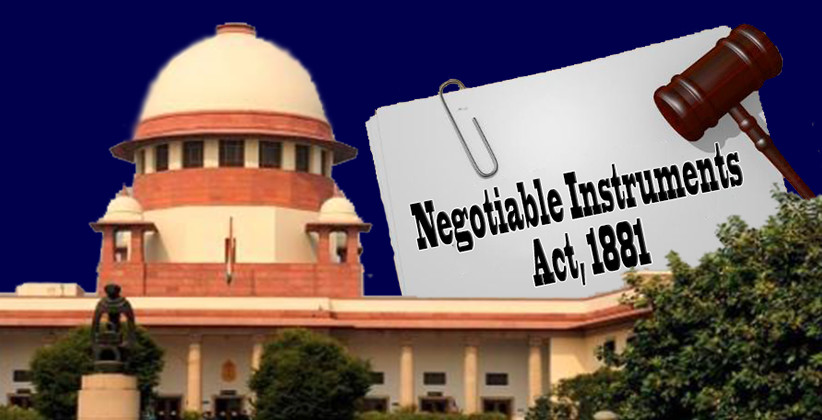 The Supreme Court on September 3, 2019, in the case of Kishore Sharma v. Sachin Dubey has held that the proceedings under Section 138 of the Negotiable Instruments Act, 1881, cannot be quashed on the ground that the demand notice was not served within the statutory period.

The Bench comprising of Justice A.M. Khanwilkar and Justice Dinesh Maheshwari reiterated that the service of notice to the accused under Section 138 is a triable issue and cannot be proceeded as an indisputable position in a petition filed under Section 482 of the Code of Criminal Procedure, 1973, by the accused.

The matter reached the apex court after the Madhya Pradesh High Court allowed the quashing of the petition filed by the accused under Section 482 of Cr.P.C. on two counts. Firstly, that the legal notice has not been served on the respondent within the statutory period and secondly, because of the remark noted on the cheque return memo.

The apex court Bench in its brief order observed that “Both these facts would require the parties to produce evidence and are triable issues, as expounded by this Court in 'Ajeet Seeds Limited vs. K. Gopala Krishnaiah' reported in (2014) 12 SCC 685 and in 'Laxmi Dyechem vs. State of Gujarat and Others' reported in (2012) 13 SCC 375."

In Ajeet Seeds Ltd., the Supreme Court had held that the service of notice is a matter of evidence and proof and it would be premature at the stage of issuance of process to move the High Court for quashing of the proceeding under Section 482 of Cr.P.C.