Home Judiciary It Has Become Common Practice to Use Section 498-A of IPC As A Weapon Rather Than Shield by Disgruntled Wives: P&H HC [READ ORDER]
Judiciary 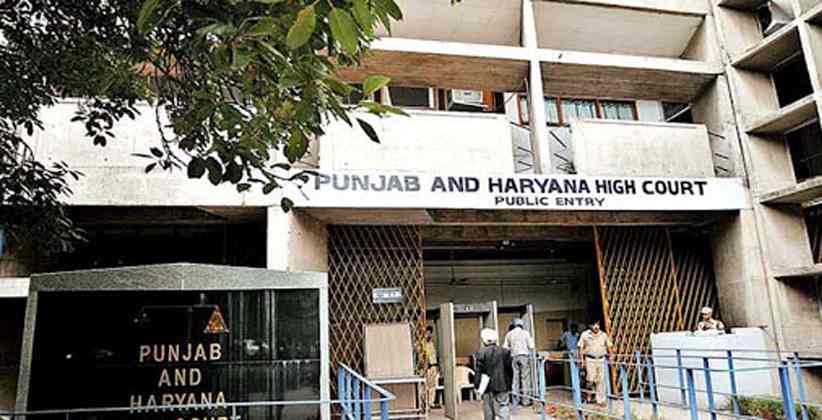 A Single Judge Bench of Justice Jaishree Thakur of the High Court for the States of Punjab and Haryana at Chandigarh on May 15, 2020, in the matter of Amarjit Kaur and others v. Jaswinder Kaur and another, quashed all the proceedings against the petitioners exercising inherent power under S. 482 of Criminal Procedure Code, 1973, after finding that the complainant-wife had misused S. 498-A of Indian Penal Code, 1860 to harass relatives of the husband.

The petitioners had filed a petition under Section 482 of Cr.P.C., seeking to quash Criminal Complaint and the summoning order whereby they had been summoned to face trial under Sections 498-A (husband or relative of husband of a woman subjecting her to cruelty), 506 (punishment for criminal intimidation, 120-B (punishment for criminal conspiracy) of IP. As they didn’t appear before the Court, they were proclaimed as offenders. The Petitioners were the father-in-law, brother-in-law, and sister-in-law of the complainant-wife Jaswinder Kaur.

It was further alleged that soon after the marriage, the accused persons had started harassing her on account of not bringing enough dowry and they had raised a demand of Maruti 800 car along with an amount of `50,000/-. She had also alleged that in 2008, her husband at the instance of family members had turned her out of matrimonial home and later left the daughter with her at Jalandhar and threatened her of dire consequences if she made a complaint against him.

She further alleged that later she came to know that her husband had solemnized a second marriage with one Amarjit Kaur without taking any divorce from her. Thereafter she filed a petition under Section 125 Cr.P.C. and an application under Section 12 of the Protection of Women from Domestic Violence Act, 2005.

Proceedings before the trial court:

Finding of the High Court:

After pursuing the evidence placed by the complainant-wife, the Court concluded that she had failed to bring on record any evidence to show that she had been physically abused by the petitioners or entrustment of any dowry article.

Regarding the complaint against sister-in-law, the Court observed that sister-in-law had got married in 1989 and had been residing in her matrimonial home in Roper, hence, there was not even the remotest possibility that husband of the complainant-wife used to give beatings to her at the instance of sister-in-law.

Regarding brother-in-law, the Court observed that he was born in 1979 and was 11 years of age in 1990 when the complainant-wife alleged that she was given beatings by her husband at the instance of brother-in-law. Moreover, he had left for Canada in 1996 and was residing there since then.

Regarding father-in-law, aged 74 years, the Court observed that he had left for Canada in 1996 and was residing there since then.

In such an eventuality, it was hard for the Court to believe that petitioners had harassed the complainant-wife as alleged in the complaint and remarked that,

“It has become a common practice to use the provisions of Section 498-A IPC as a weapon rather than shield by disgruntled wives. The simplest way to harass is to get the relatives of the husband roped in under this provision, no matter they are bedridden grandparents of the husband or the relatives living abroad for decades. The case in hand is also of a similar nature.”

Concluding the findings, the Court held that, the complainant-wife had failed to make out a prima facie case against the petitioners regarding an allegation of inflicting physical and mental torture or demanding dowry from her.

Exercising power under S. 482 Cr.P.C. which gives inherent power to High Courts to make orders necessary to prevent abuse of the process, the Court quashed all proceeding against petitioners namely father-in-law, brother-in-law, and sister-in-law of the complainant-wife.