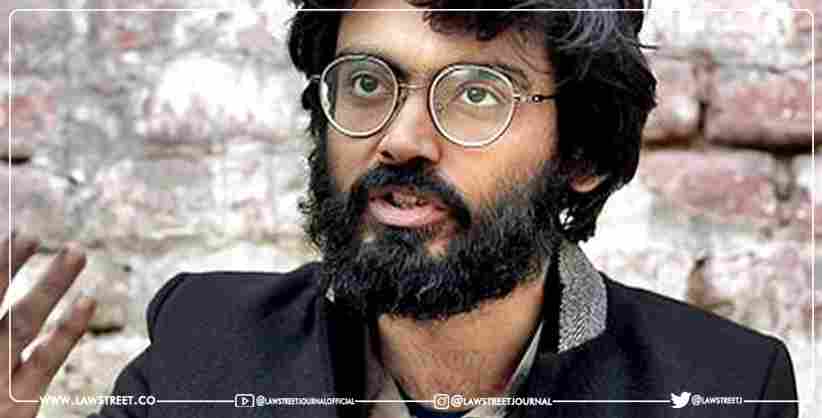 On Friday, a Delhi court adjourned the interim bail of JNU student Sharjeel Imam until July 7, because the courts are on vacation from today.

The bail application of scholar and activist Sharjeel Imam, who was arrested under Section 124A of the Indian Penal Code, 1860 (IPC) for giving speeches against the Citizenship Amendment Act, 2019 (CAA) and the National Register of Citizens (NRC), was reserved by a Delhi Court on Monday, June 6th.

After hearing arguments from both the prosecution and the defense counsel, Additional Sessions Judge Amitabh Rawat of the Karkardooma court put the matter on hold until June 10 and directed the prosecution to provide written submissions on or before the next date of hearing.

The Delhi High Court had previously ordered the scholar to apply for bail in a lower court after the prosecution objected to Sharjeel's plea being maintainable. The prosecution informed the Delhi High Court that, pursuant to a Supreme Court judgement from 2014, any such bail application must first be made to the trial court, and only if relief is not granted there, may the accused go to the High Court, as the case is only triable by a Special Court. Sharjeel then went to the Apex Court.

As per Sharjeel's counsel, Sharjeel Imam should be given bail in light of the Supreme Court's recent order that all pending appeals and proceedings relating to the charges established under Section 124A (Sedition) of the Indian Penal Code be put on hold.

The trial court denied Sharjeel's bail application, stating that a prima facie offence under Section 124A had been established against him, which no longer holds ground in light of the Apex Court's decision.

Next President of India || Presidential Election 2022