Home Judiciary There should be balance of Interests, as Old Parents are in the fag end of their lives- says HC
Judiciary

There should be balance of Interests, as Old Parents are in the fag end of their lives- says HC 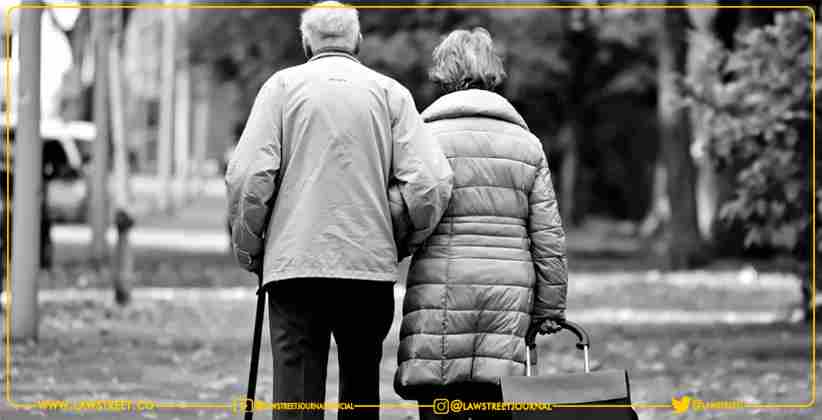 Over ruling its judgement in Taruna Batra’s case (SR Batra Vs. Taruna Batra) , the Hon’ble Supreme Court in Satish Chander Ahuja Case  (Satish Chander Vs. Sneha Ahuja ),  recognised that a matrimonial home, where the woman has resided after marriage, will be her ‘Shared Household’ irrespective of whether the husband has any ownership rights in it or not.

However, the Supreme Court in the same judgment has spoken about adopting a balanced approach since the Old Parents in Law are at the evening of their life.

In a judgment delivered by the Delhi High Court in “Ravneet Kaur vs Prithpal Singh Dhingra”, the Court, while dismissing the Appeal of the Daughter in Law, has beautifully balanced the rights.

The Judgment also highlights critically the demarcation between an Ancestral Property under old Mitakshara Law & a Self-Acquired Property under the Hindu Succession Act, 1956.

The matter came to the High Court for setting aside of the order passed by the Additional District Judge-04 (West), Tis Hazari Courts, Delhi. The respondent herein claimed to be an absolute and sole owner of the property in Rajouri Garden, New Delhi-27 vide a registered sale deed 27.09.2004. He filed a suit for eviction against the defendant viz his daughter-in-law. A decree of possession with damages equivalent to the market rent of the alleged illegal possession was passed against the appellant and also a decree of permanent injunction to restrain her from creating any third party right in such property.

It was submitted by the respondent that after the marriage of his son with the appellant in the year 2003 both had been residing together with the respondent, firstly in property No.D-1041, First Floor, New Friends Colony, New Delhi-65 and thereafter they shifted to the suit property when it was purchased in the year 2004.

The appellant submitted that she was the legally wedded wife of the respondent’s son and has been residing with her two minor daughters in one room (with an attached bathroom and a balcony) in the suit property.

The appellant in her written statement had alleged earlier that she was residing with her husband at House No.D-1041, First Floor, New Friends Colony, New Delhi-65 which was purchased by S. Kesar Singh, the late father of respondent and the grandfather of appellant’s husband.  After the death of S. Kesar Singh, the respondent and his siblings inherited the New Friends Colony property and other family businesses of his late father. In the year 2004 the respondent sold his share in the aforesaid property and out of such sale proceeds he purchased the subject property.

The said application was, however, dismissed by the learned Trial Court. Admittedly no appeal was filed against such order.

“The interpretation which was put by this Court in S.R. Batra Vs. Taruna Batra if accepted shall clearly frustrate the object and purpose of the Act.”

“We, thus, are of the opinion that the interpretation of definition of shared household as put by this Court in S.R. Batra Vs. Taruna Batra is not correct interpretation and the said judgment does not lay down the correct law. The question which was posed for the consideration is, whether the learned Trial Court was justified in passing the decree on alleged admission under Order XII Rule 6 of the CPC or not. Where S. Kesar Singh admittedly died in 1977, the succession opened after the commencement of 1956 Act, hence there is no basis to say the subject property was an ancestral property or there existed HUF.”

The High Court opined that “the Trial Court erroneously proceeded to pass decree under Order XII Rule 6 CPC by not impleading the husband and failing to appreciate the specific submission of the appellant while admitting the title of the respondent that the suit premises was the joint family property but also losing the site of the DV Act.  In these circumstances, the impugned judgments cannot be sustained and are accordingly set aside.”

The matters were remanded back to the Trial Court for fresh adjudication in accordance with the directions given in the reasons that have followed.

The Supreme Court in S. Vanitha Vs. Deputy Commissioner, Bengaluru urban District and Others 2020 SCC OnLine SC 1023 held that when faced with competing claims of the parties, one constituting a shared household and the other the right of the senior citizen to live peacefully in the twilight of their life, appropriate reliefs must be given. In view of the clear facts and circumstances, the plaintiff is clearly entitled to seek possession of the suit premises from the two defendants without the rigors of an unnecessary and prolonged trial at her age.

The Court in this case held that the sale deed dated 15.12.2004 executed by the respondent of his share in New Friends Colony’s property and the sale deed dated 27.09.2004 qua the purchase of the subject property  document clearly negate the existence of any HUF in the name of S.Kesar Singh and sons or the property viz. New Friends Colony was ever an ancestral property or allegedly purchased from ancestral funds.

The Court recorded that the documents filed by the respondent showed it was a self-acquired property of S.Kesar Singh and not a  HUF property or an ancestral property.

The submissions of the appellant are thus merely assertions without basis and without any prima facie proof, held the Court, the court held.

“Admittedly, the house is a shared household wherein the appellant has been residing after her marriage with the son of the respondent. Though an argument is raised the husband of the appellant has not been made a party to the suit but admittedly the husband is not residing in the premises since prior to the filing of the suit, probably because of the acrimonious relations between him and his wife – appellant.”

“Admittedly, the house is a shared household wherein the appellant has been residing after her marriage with the son of the respondent. Though an argument is raised the husband of the appellant has not been made a party to the suit but admittedly the husband is not residing in the premises since prior to the filing of the suit, probably because of the acrimonious relations between him and his wife – appellant. On record there are various complaints filed by the appellant against her in-laws including the Non- Cognizable Reports (NCRs) amongst the parties. Many of them are placed on record and goes on to show the relations between the parties are far from cordial. Even on record there is a complaint made by her husband namely Guneet Dhingra, who lives in a rental accommodation, against his wife, the appellant herein.”

“Admittedly, the right of residence under Section 19 of the Domestic Violence Act is not an indefeasible right of residence in shared household, especially, when the daughter-in-law is pitted against aged father-in-law and mother-in-law. In this case, both being senior citizens of aged about 74 and 69 years and being in the evening of their life, are entitled to live peacefully and not to be haunted by the marital discord between their son and daughter-in-law.”

“Thus, where the residence is a shared household, it does not create any embargo upon the owner to claim eviction against his daughter-in-law. A strained frictional relationship between the parties would be relevant to decide whether the grounds of eviction exist. I am of the considered opinion, since there exists a frictional relationship between the parties, then at the fag end of their lives it would not be advisable for old parents to stay with appellant and hence it would be appropriate if an alternative accommodation is provided to the appellant as is directed in the impugned order per Section 19(1) (f) of the Protection of Women from Domestic Violence Act 2005” the HC held