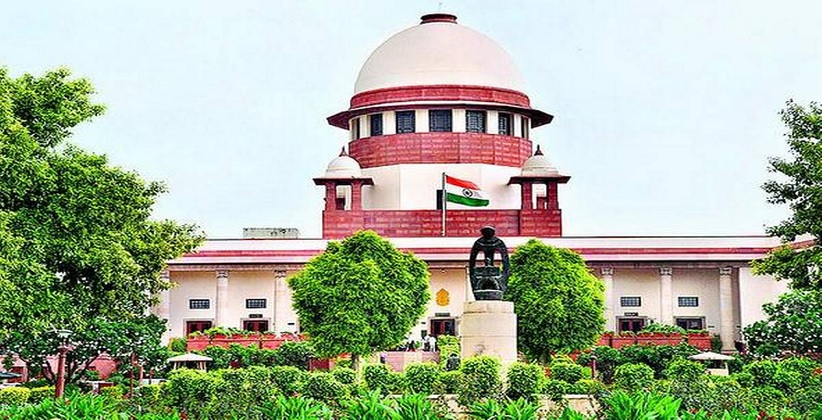 The Apex Court gave the order on 4th September in the case of R. Poornima and Ors v. Union of India and Ors. The Bench comprised of Chief Justice of India SA Bobde, Justice A.S. Bopanna, and Justice V Ramasubramanian, and they dismissed the petition of the Petitioner stating that the serving judicial officers cannot club in their advocate practice period to claim eligibility for elevation as High Court Judges. The persons who were appointed as District Judges by way of direct recruitment in Tamil Nadu State Judicial Service have filed a writ petition asking for the following reliefs:

The petitioners were accordingly selected and appointed for the post of District Judges (entry-level) through direct recruitment. The petitioners have although not completed their 10 years of service as Judicial officer as on the present date but at the time of appointment as District Judges, they had more than 10 years of experience as an Advocate. Thus, the petitioner has contended that despite being the senior-most officer in the cadre of District Judges, they are being unnoticed and their juniors are getting recommendations for elevation to the High Court as Judges.

(a) Has for at least 10 years held a judicial office in the territory of India; or

(b) Has at least 10 years been an advocate of a High Court or of two or more such Courts in succession;

The explanation of the clause can be computed as:

(a) in computing the period during which a person has held a judicial office in the territory of India, there shall be included any period, after he has held any judicial office, during which the person has been an Advocate of a High Court or has held the office of a member of a tribunal or any post, under the Union or a State, requiring special knowledge of law;

The petitioners are further asking for clubbing their advocate’s practice years along with their Judicial officer years in order to claim eligibility for elevation as High Court Judges.

Findings of the Court

1. As per Article 232 (2), an advocate has to be currently in practice for not less than 7 years as on the off date and even at the time of appointment as a District Judge. They also clarified that member of Judicial Service having 7 years’ experience of practice before they joined the service and of those having collective experience of 7 years as a lawyer and as Member of Judiciary are not eligible to apply for direct recruitment as District Judge

2. The case law of Vijay Kumar Mishra v. High Court of Judicature of Patna maintaining the eligibility of a Judicial Officer to apply for the post of District Judge by means of direct recruitment doesn’t lay the law aptly and hence stands overruled.

The Supreme Court further mentioned that Article 217(2) merely suggests the eligibility criteria and the way to compute it. If the person is found eligible then he can take his place in one of the queues i.e. one from judicial service and other from the Bar. The Bench stated that “Hopping on and hopping off from one queue to the other is not permissible, if the petitioners cease to be Judicial Officers and become Advocates then they might be eligible for the quota intended for the Bar Council. But holding the post of Judicial Officers they cannot invoke the explanation (a) as it applies to those who have become advocates after holding the judicial office.”

The court observed that the petitioners want that both of their experiences should be acknowledged while calculating their eligibility for elevation as High Court Judges and once this clubbing is permitted, they would also push for the advantage of their settled senior position in the cadre of District Judges, in short, they want best of both worlds.

So, if the petitioners want to be eligible for the post of High Court Judges from the category of advocates, they can do so provided they do not stand in the queue intended for Judicial Officers. The case of petitioners on the present date falls under Article 217 (a) but not Article 217 (b). The court has observed that it will be discriminatory to allow the benefit of clubbing only to a person who has held Judicial Office and later became an advocate.

Even article 217 (2) doesn’t guarantee with the right to be appointed as Judge of High Court and holding a position of Judicial Officer is better placed than Advocate and has more security in terms of profession. Thus, the Supreme Court said that the claim of writ petitioners is completely unsustainable, and the petition is misconceived. Hence, the petition stands dismissed.