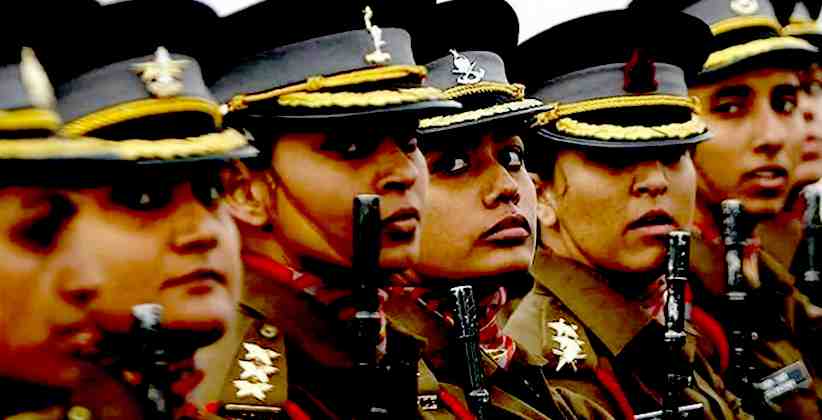 Responding to the news article on employment of women in the Indian Army, published in an English newspaper on arguments presented in the Supreme Court on 4 February, 2020, Solicitor General Tushar Mehta on 5 February, 2020 clarified that government in no way meant that men cannot take commands from women officers. “The Centre in no way was trying to advance the argument that men cannot take commands from women. Unfortunately that is what was reported,” said clarifying his stance.

With regard to appointment of women as commanding officers, a written note submitted on behalf of the Ministry of Defence states that male officers may not be willing to take orders from female officers. A bench comprising of Justices D.Y. Chandrachud and Ajay Rastogi made this observation while hearing a petition for permanent commission for women in the Army.

Justice Chandrachud while agreeing with Mehta observed that the arguments were taken out of context and there was more to it than what the newspaper picked up. “I was surprised with the news today. I think this Bench agrees with that”, stated Justice Chandrachud.

“In my opinion, women must not strive to be equal to men. They are in fact above men in all respects and better than men,” Mehta concluded.

The centre has told the Apex Court “motherhood, child care, psychological limitations” are important factors that are taken into consideration on the issue of employing women in the Army.Mehta argued that lower physical standards of women, composition of units that are entirely male mostly from rural backgrounds impacts commander appointments.

Justice Chandrachud consequently replied that combat role comprises only a fraction of the role in the military where women have not been inducted, if it were to be assumed they were not fit for this role. Thereafter, the learned SG cited the danger of women being held as prisoners of war as a factor that de-motivates the army to employ women.

The petitioners, represented by senior advocates Meenakshi Lekhi and Aishwarya Bhati, argued the discrimination has been prevalent from the beginning. They insisted that Short Service Commission (SSC) was introduced in 2006 and women had an option, if they wanted to be governed by the old policy. The learned counsel also said that there is a huge difference between the training for SSC (11 months) while the Indian Military Academy (IMA) imparts training for a longer period of time (18 months). People who move from SSC to permanent commission do not get to surpass those who have passed IMA.

The Apex Court has reserved the order and asked all parties concerned to submit all notes and submissions by 7 February, 2020, and also said that similar petitions pertaining to the Air Force and the Navy will be taken up next week.