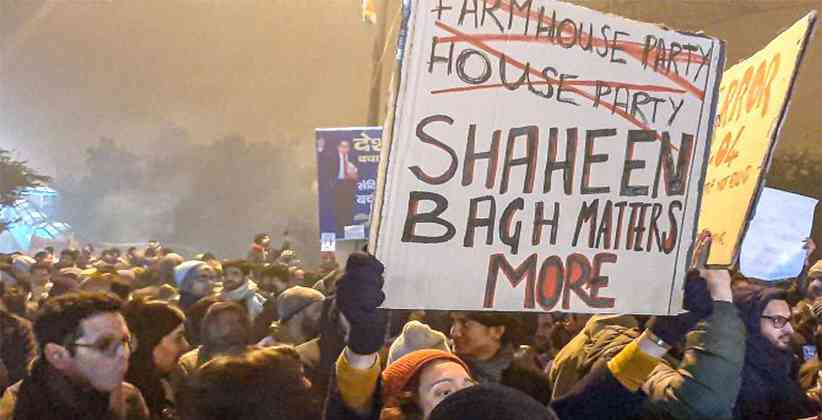 The High Court of Delhi today (January 10, 2020) has refused to entertain a plea to remove barricades in the Shaheen Bagh area of Delhi. The petitioner had filed a plea saying that the protest is leading to massive traffic issues. Protests challenging the validity of the Citizenship Amendment Act, 2019 had begun on December 14, 2019 in the area, marking today as the 28th day of ongoing protests.

No less than 200 women have remain gathered day and night staging protests against the CAA, 2019 and proposed nationwide NRC by the Central Government. The police has been trying to dissuade the locals from continuing protests by reaching out to local leaders who could influence them. According to the police, the demonstrators have been asked to move elsewhere but have refused to do so.

Reportedly, the police has been cracking down on protests called by the Students’ Union of Jawaharlal Nehru University starting from January 8, 2020. Videos of the police snatching the Indian Flag away from students calling them anti-nationals has also gone viral.

Freedom of Internet Is A Fundamental Right Included Under Freedom Of Speech As Per Article 19 Of The Constitution, Cannot Be Taken Away Arbitrarily: SC