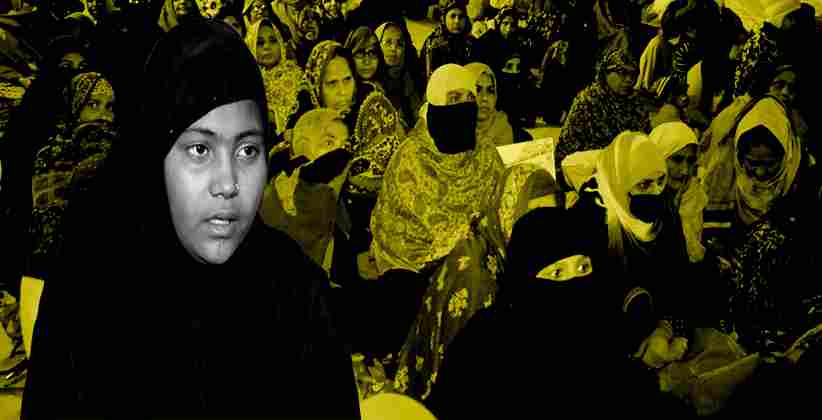 12-year-old bravery award winner, Zen Gunratan Sadavarte, a class seven student from Mumbai, has written a letter to CJI SA Bobde seeking directions to stop involvement of children and infants in protest demonstrations in light of the death of a 4-month old infant in Shaheen Bagh. Sadavarte has helped save many lives when a fire broke out at an apartment in the city in August, 2018, as a result of which she received the bravery award at Republic Day this year (January 26, 2020).

“Participation of infants and children (in protests) amounts to torture and cruelty,” reads Ms Sadavarte's letter as she seeks guidelines from the Supreme Court on participation of minors. She believes that the organizers of the Shaheen Bagh protests have been negligent and has blamed them for the infant's death and violation of child rights and natural justice.

Mohammad Jahan, the four-month-old infant caught the bitter Delhi cold as was present at the protests every single day. However, this incident has not deterred his mother from participating in the protest. “We are ready to sacrifice the lives of our other two children, if need be. We are determined to continue our protest,” she said.

The words shocked Zen as a result of which she said, “The Right to Life under Article 21 was violated in the case of the four-month-old child, who accompanied his mother every day to the Shaheen Bagh demonstration.”

Her parents Gunratan and Jaishree Sadavarte made it clear that "Zen is not opposed to the Shaheen Bagh protests and has only sought to highlight the pain of children and infants."

Muslim homemakers at Shaheen Bagh have been protesting for the scrapping of the Citizenship (Amendment) Act, 2019 and the exercise of National Register of Citizens (NRC) since 15 December, 2019. Despite the bitter cold weather of Delhi, these women have shown great perseverance for the cause by arming themselves with thick blankets, warm cups of tea and songs of resistance. They celebrated New Years Day by singing the national anthem in solidarity. The protest has been getting the attention of activists, eminent lawyers, journalists and their likes for the persistence shown by these otherwise not political women of Shaheen Bagh.