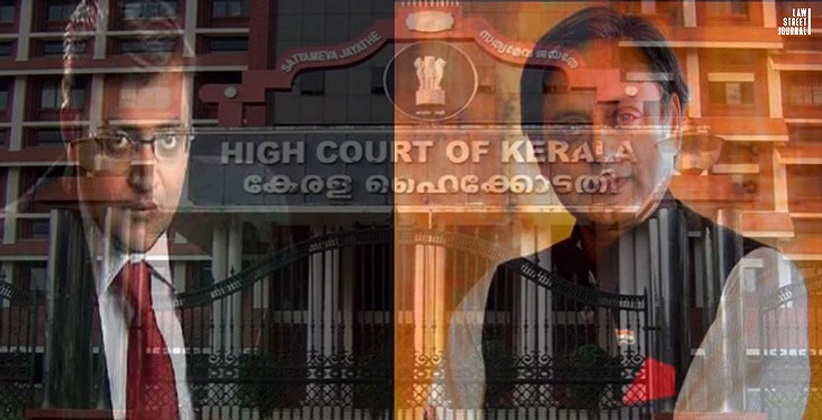 The order was passed by JusticeK. Abraham Mathew over a plea filed by Goswami under Section 482 of the Code of Criminal Proceedings, 1973, seeking to quash the proceedings in the criminal case filed in Chief Judicial Magistrate's Court, Thiruvananthapuram by Tharoor.

Tharoor had filed the case in June last year alleging that Goswami had made defamatory statements against him in a program aired in Republic TV in relation to the demise of his wife, Sunanda Pushkar.

On the basis of the complaint, the Chief Judicial Magistrate opined that there was sufficient material to make out a prima facie case against Goswami and thus the court issued an order summoning Goswami to appear on February 28, 2019.

In his petition, Goswami stated that Tharoor had suppressed material facts and records including the fact that a chargesheet has been filed in the Patiala House court naming Tharoor as the sole accused in the Sunanda Pushkar case.

Further, the petition also states that the criminal case was filed by Tharoor with mala fide intent to harass Goswami due to their personal animosity.