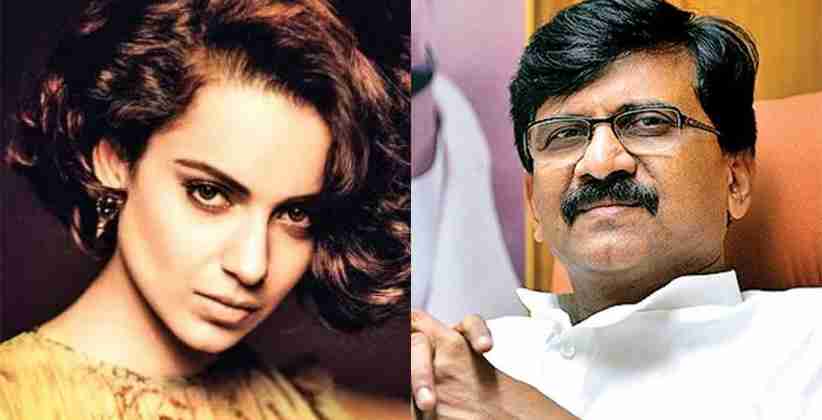 Judiciary Sep 30, 2020 Shreya Tulavi ( Editor: Ekta Joshi ) 8 Shares
8 Shares
Actress Kangana Ranaut has been at loggerheads with the Shiv-Sena ruled Maharashtra government. Following a war of words between the actress and Shiv Sena leader Sanjay Raut, the BMC (Brihanmumbai Municipal Corporation) proceeded to demolish the office of Ranaut. The actress alleged the act was out of vengeance and then moved the Bombay High Court, seeking a stay on the demolition and compensation of ₹2 crores for damages.

During the hearing of the case, the Bombay High Court asked advocate, Dr. Birendra Saraf, to play the audio recording of Sanjay Raut, wherein he made misogynistic remarks against his client Kangana Ranaut. The Court’s direction came at the backdrop of advocate Saraf’s argument that the Maharashtra government conducted the demolition in response to the remarks of Kangana Ranaut. Sanjay Raut had earlier referred to the actress as a ‘Haramkhor’ but later justified it by suggesting that it implied being ‘naughty’ in Mumbai’s lingo. Saraf pointed out the misogyny in the statement and how Sanjaya Raut wanted to teach the actress, a lesson. He also informed the Court how the Shiv Sena leader had rejoiced about the demolition in an editorial in Saamna. Sanjay Raut’s lawyer, Pradeep J Torat, countered the allegations by claiming that Raut did not name Kangana in his statement. The Bombay High Court then asked Torat whether he was ready to record his statement that his client Sanjaya Raut did not make those comments targetting Kangana Ranaut. Justice Kathawalla asked, “Are you saying your client has not called her a haraamkhor ladki? Can we record the statement that you(Raut) have not called the petitioner ‘haraamkhor’? In response, Torat stated that he will file an affidavit, the following day. During the hearing in the Bombay High Court, Ranaut’s lawyer, Dr. Birendra Saraf exhibited the photographs of the property that was demolished by the BMC. He had also submitted photographs of the property, prior to the demolition. Saraf informed the Court that the demolition order violated the orders of both the Bombay High Court and the Supreme Court of India, wherein it urged authorities from undertaking demolition activities in light of the Coronavirus pandemic. Advocate Saraf stated that the actions of BMC were not in ‘consonance’ with Section 354A of the BMC Act (which allows for the civic body to demolish properties where construction work is continued in the absence of requisite permission). He cited cases where BMC had permitted property owners to retain the ‘entirety of floors’, following regularisation. He argued that no construction was being undertaken at Kangana Ranaut’s property and that the BMC notice did not mention of any ongoing construction at the site. He added that even if new construction was being done at the property, yet, the civic body had to first issue a notice. Saraf highlighted that the aggrieved person was to be given an opportunity to produce the required permit and that demolition couldn’t be undertaken straight away. He emphasized that the BMC did not act as per rules before undertaking the demolition work and invoked a provision that was ‘ex-facie not applicable’ in the case.

Face-off between Kangana Ranaut and Maharashtra Govt: The faceoff between the Maha Vikas Aghadi government and Kangana was triggered after the latter had compared Mumbai to Pakistan Occupied Kashmir in the wake of Azaadi graffiti seen on the streets of the city, and the subsequent inaction of the Mumbai Police. Since then, the ‘Queen’ actress has been subjected to threats of violence, and even derogatory words by Shiv Sena leaders. Sanjay Raut had called her ‘haramkhor ladki’ while Pratap Sarnaik had threatened to ‘break her mouth’. Even Mumbai Police commissioner Param Bir Singh had joined the Shiv Sena-led government in bullying Kangana Ranaut and he was caught liking tweets wherein she was shamed. In addition to the abusive tirade against Kangana, the Maharashtra government had also decided to launch a probe into the alleged consumption of drugs by actor Kangana Ranaut. Maharashtra Home Minister Anil Deshmukh had said that the Maha Vikas Aghadi government will investigate Kangana for allegedly taking drugs.