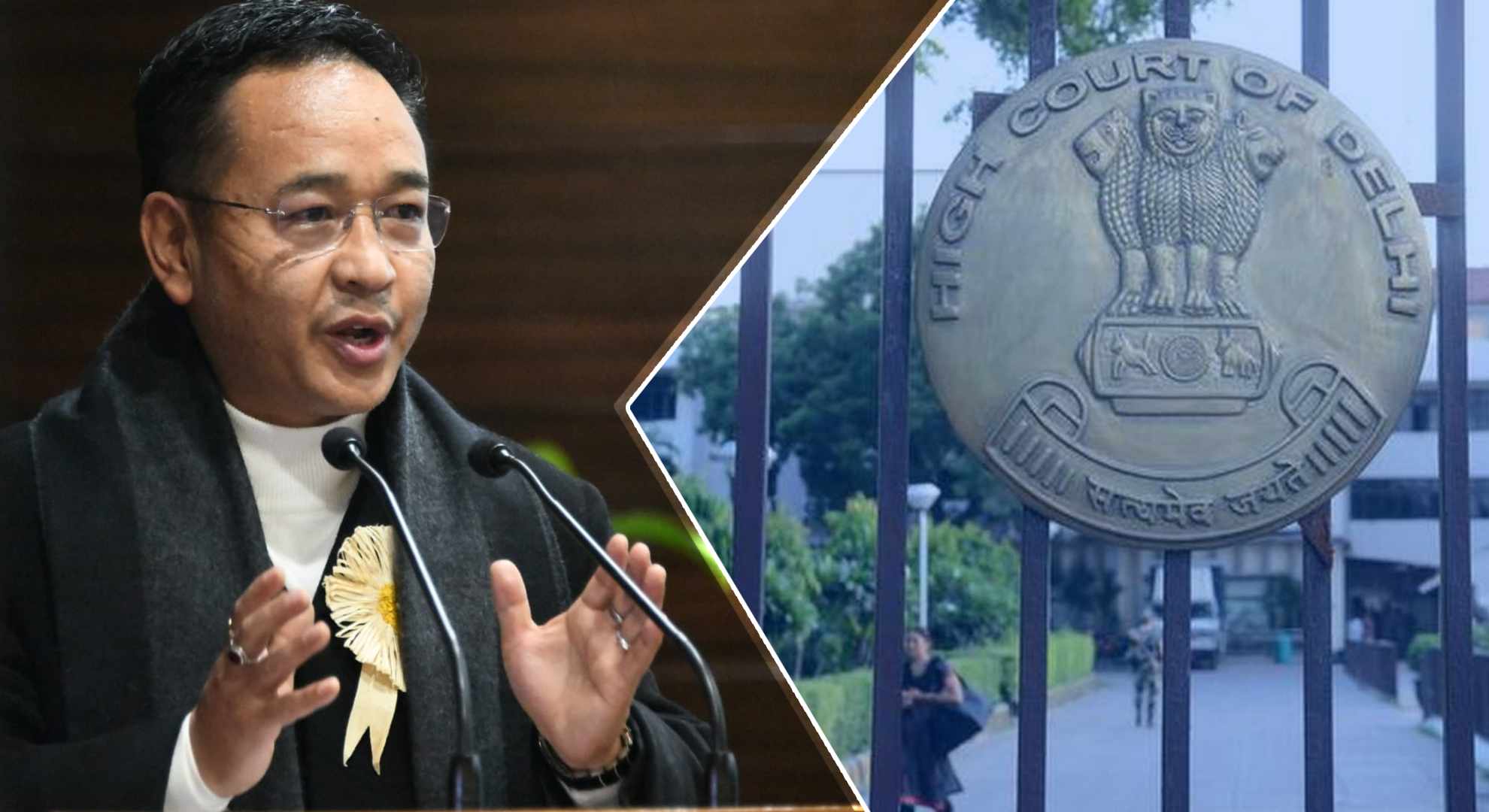 Dek Bahadur Katwal (General Secretary of Sikkim Democratic Front) by way of a certiorari writ petition challenged the constitutional vires of Section 11 of the Representation of People’s Act, 1951, (“RP Act”) for being violative of Part III of the Constitution of India, stating that Section 11 of the RP Act is unconstitutional as it provides uncanalised/ uncontrolled/ arbitrary power to the Election Commission of India to remove or reduce the disqualification period under Chapter III of the RP Act.

The petitioner claims that Sikkim’s CM Prem Singh Tamang disqualification under Section 8 (1)(m) of the RP Act has been reduced from 6 years to 1 year and 1 month in arbitrary exercise of power without following due process and on the basis of perverse findings and reasons.

It is pertinent to mention that Sikkim CM Prem Singh Tamang was convicted for offences under the Prevention of Corruption Act, 1988 and was sentenced imprisonment of more than 1 year.

Subsequently. Prem Singh Tamang approached the Hon’ble Supreme Court against the order dated 28.06.2017 passed by the High Court of Sikkim in Special Leave Petition  (Criminal Diary No. 32346 of 2017 and the same was dismissed vide Order dated 10.11.2017.

When the matter came up for hearing in Supreme Court, Senior Advocate GV Rao appearing for the petitioner, the Chief Minister of the state Prem Singh Tamang, submitted that the petitioner J.B. Darnal is a Vice President of a political party in Sikkim.

He said, “According to the judgement in Jayalalithaa’s case, a person is to be disqualified for 6 years. Tamang moved Election Commission for a waiver in this regard and  we have challenged commission’s order saying that once there’s a judicial order for disqualification of 6 years that can’t be overlooked to make a waiver.”

Rohatgi at this point retorted by submitting that the Supreme Court has already refused such a transfer.

The court on hearing the submissions of the parties, issued notice in the matter with CJI NV Ramana remarking, “there is a question of law involved hence we are issuing a notice.”

He further asked Rao to inform the court on why a petition is pending before the Delhi High Court as well.

What has been challenged?

The plea has been filed by J.B.Dharnal who is the Vice President of Sikkim Democratic Front (SDF). The petition further claims that it has been filed to oppose criminalisation of politics and to uphold the constitutional mandate and statutory provisions of law. According to the petition it seeks to quash the order passed by ECI dated 29th September 2019 which reduced his period of disqualification from contesting elections from 6 years to 1 year on the ground that it is arbitrary and is contrary to the law laid down by Supreme Court in BR Kapur Vs State of Tamil Nadu and Manoj Narula vs Union of India.

The petition further states that the Supreme Court in another matter directed the ECI to elicit information from all the parties on pending and convicted criminal cases against their MPs and MLAs and put them up in social media platforms. According to the petition one of its main prayers is that convicted candidates should be banned for life instead of being banned for a mere six years.

The petition filed through M.Vijay Bhaskar, Advocate, further stated that Tamang's appointment as the Chief Minister of Sikkim is unlawful in view of him being disqualified under Section 8 of Representation of Peoples Act. The petition further claims that Tamang misappropriated a sum of Rs.9,50,000 (Nine lakh fifty thousand) while being a public servant and was hence convicted under Prevention of Corruption Act.

The petition further challenges the validity of Section 11-B of the Representation of Peoples Act (under which the ECI reduced Tamang's disqualification) as it is  violative of Part-III of the constitution and has no conscionable checks and balances on the unfettered powers of ECI. The petition also alleges that ECI has grossly misused its power and has taken away deterrent value of the provision which needs to ensure that elections are criminal free.

The Election Commission had in 2019 cut short the period of disqualification from contesting in elections, of Sikkim Chief Minister Prem Singh Tamang from six years to one year. Tamang who belongs to Sikkim Krantikari Party (SKP) was convicted on corruption charges and was sentenced to prison for a period of one year in 2016. He completed his sentence in 2018 and was released from the prison.