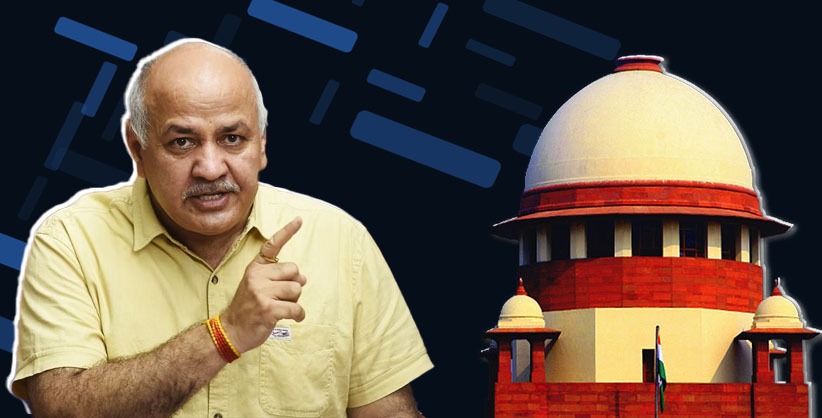 NEW DELHI: The Centre has told the Supreme Court no Union Territory (UT) has its own services under the Constitution and the present status of Delhi is in existence since 1993.

Secretary, Ministry of Home Affairs,
Ajay Kumar Bhalla said, Delhi is the capital of the country and keeping the said special and peculiar position of Delhi in mind, the constitutional amendment is made by inserting Article 239AA.

“As held by the nine judges bench in case of NDMC, Delhi, undisputably, is Union Territory and no Union Territory under the Constitution has its own services which are not controlled by the Central Government. That is the constitutional scheme and every Union Territory is functioning effectively and efficiently despite there being no difference in administrative infrastructure of Delhi and other union territories,'” it added.

The Centre claimed that Sisodia is attempting “to create an unwarranted prejudice” to ensure that the AAP government’s interpretation of Article 239AA is accepted by the apex court. Article 239AA of the Constitution grants special status to Delhi among the Union Territories through the 69th constitutional amendment.

In his written reply, Bhalla said, “I have verified from all senior level officials of GNCTD about non-receipt of telecalls etc. and I have found that no such incidents have ever happened. It is submitted that all officials attend all meetings except on some occasions. On enquiry, I have learnt that the dates on which some officers could not attend the meeting were the dates on which they were officially assigned some other duties by the Delhi Government itself”.

The response further said that Sisodia claims regarding non-cooperation of officials are, by and large, vague and incapable of any precise examination by the central government more particularly, when “no contemporaneous intimation of alleged failure is communicated to the central government”.

“I state and submit that the administration of any unit of the administration, be it central government, state government or Union Territory requires a very skillful coordination between the political executives and persons working in connection with the affairs of the respective unit," Bhalla said.

“Such coordination takes place by effective administrative skills and not with the threat of control over the officers or employees”, he said.

Pointing out the present status of Delhi has been in existence since 1993, the reply said, “Till date no elected government in GNCTD has ever alleged any such alleged difficulties even during the period for which there were different parties ruling the Central Government and GNCTD.”

On Monday, the Centre has said that it has filed a fresh plea seeking reference to a larger bench of nine or more judges in a matter, which involves constitutional issues connected with the control of services in the national capital.

Senior advocate A M Singhvi, representing the Delhi government, before a bench headed by Chief Justice D Y Chandrachud opposed the Centre’s plea, saying, “this will only create delay and such tactics cannot be allowed”.

Solicitor General Tushar Mehta, representing the Centre, said he has filed an interim application stating that the Delhi vs Centre case may have to be referred to a larger bench.

The bench said the decision on IA can be taken when the Constitution bench assembles to hear it and added that one of the judges of the five-judge Constitution bench, Justice Krishna Murari, is unwell, indicating that scheduled hearing on December 6 may get rescheduled.

The Centre’s application said it is seeking reference of appeal to a larger bench for a “holistic interpretation” of Article 239AA of the Constitution, which is central to the determination of issues involved in the matter.