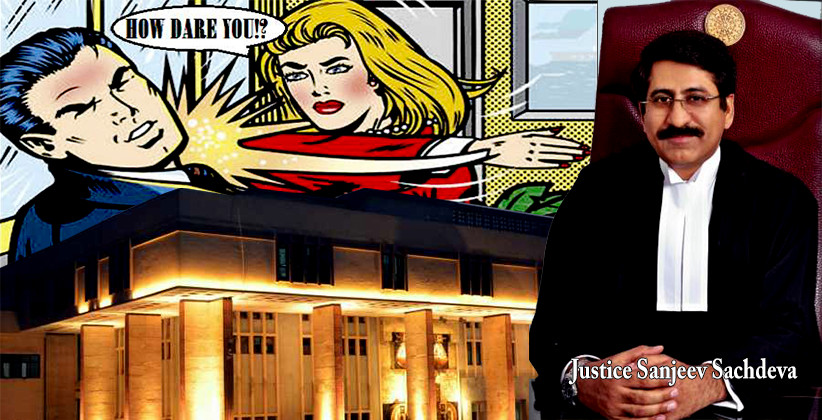 The Delhi High Court on January 8, 2019, in the case of Ms Shikha Gupta v. State (GNCT of Delhi), held that merely slapping your spouse in public does not necessarily indicate an instigation to commit suicide.

A single judge Bench of Justice Sanjeev Sachdeva discharged the petitioner-wife of the offence under Section 306 of the Indian Penal Code, 1860, for allegedly abetting suicide of her husband.

The High Court referred to Section 107 (abetment of a thing) IPC; and decisions in Ramesh Kumar v. State of Chhattisgarh, (2001) 9 SCC 618 where Supreme Court laid down as to what conduct amounts to incitement or instigation; and Pawan Kumar v. State of H.P., (2017) 7 SCC 780 where expression “abetment” was elaborated upon.

“The allegation is that the petitioner slapped the deceased in presence of others. Even if one were to consider the incident of alleged slapping as instigation then one has to keep in mind that the alleged conduct should be such as to drive any normal prudent person into committing suicide. Mere act of slapping the husband in presence of others would not under normal circumstances instigate a husband to commit suicide,” the court said.

Observing that there is absolutely no ground to proceed against the petitioner, the court set aside the order passed by the Trial Court holding that “for a charge to be framed not only suspicion but grave suspicion of the accused having committed the offence is necessary. The facts and allegations do not show that there is any instigation or abetment on the part of the petitioner which could have instigated the deceased to commit suicide.”