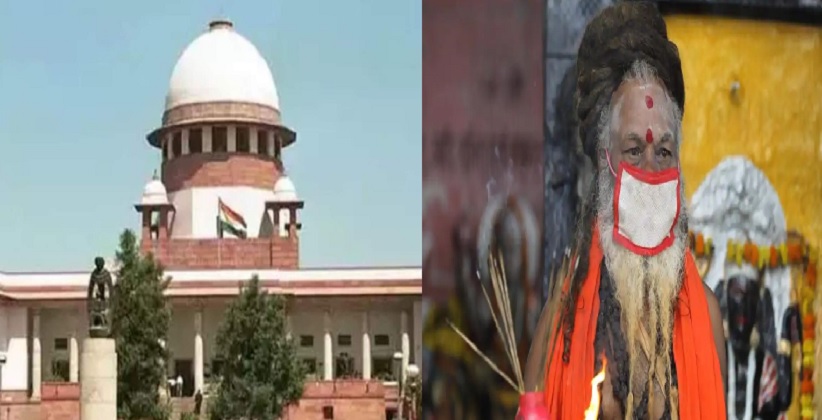 On Wednesday (8th July) the Supreme Court asked a petitioner seeking shutting down of Ashrams run by fake babas to serve the petition to the Centee so that they can come up with suggestions regarding the possible course of action.

The bench inclusive of CJI SA Bobde, Justice Subhash Reddy, and Justice AS Bopanna, directed Tushar Mehta, Solicitor General to read the petition and obtain instructions from the Central Government about what can be done in the case.

CJI Bobde noted the allegations regarding criminal activities and unaccounted money which these Ashrams could probably be lending themselves.

CJI said to the Solicitor General, “If this man is saying there are 17 ashrams that are fraudulent, as declared by some akhara, it does raise questions. There is a lot of money involved, criminal activities are happening.”

The bench discussed a prayer related to guidelines for establishing Ashrams across the country and also directions to authorities to make sure that a register of inmates is maintained, and the fake Ashrams are verified.

The Court said that the Centre should inform the Court of a possible action after considering all the aspects, after 2 weeks when the matter is taken up again.

This comes after the Apex Court was considering a petition seeking urgent direction to shut down all Ashrams run by the fake babas or spiritual leaders arguing that the unhygienic conditions of those Ashrams would defeat the efforts to contain the spread of Covid-19 in the country.

The supreme court’s order of 23rd March was cited here wherein the Court had posted directions to decongest jails and maintain social distancing during the Coronavirus. The petition argued that many women/girl inmates are living in those Ashrams in jail-like conditions. He also claimed that his daughter is living in one such Ashram founded by a fake baba in Rohini, Delhi since 2015. The baba of that Ashram has been accused of rape and is absconding for 3 years. Therefore, he seeks directions from the Court to rescue his daughter and around 170 such women inmates from Covid-19 living in a jail-like condition in Adhyatmika Vidyalaya, Rohini, Delhi.

The petitioner further says that Akhil Bharatiya Akhada Parishad has declared 17 babas as fake and cautioned the public from them. The list includes famous names like Asaram Bapu, Gurmeet Ram Raheem, Radhe Maa, and Veerendra Dev Dixit. There have been several serious criminal cases registered against these babas.

The plea urges the Court to take strict action against the illegal Ashrams run by these 17 fake babas and give an order to vacate the same as they have hundreds of women as inmates in unhygienic conditions to avoid the spread of Covid-19. Directions are also sought to close any Ashram run by those involved in criminal activities.