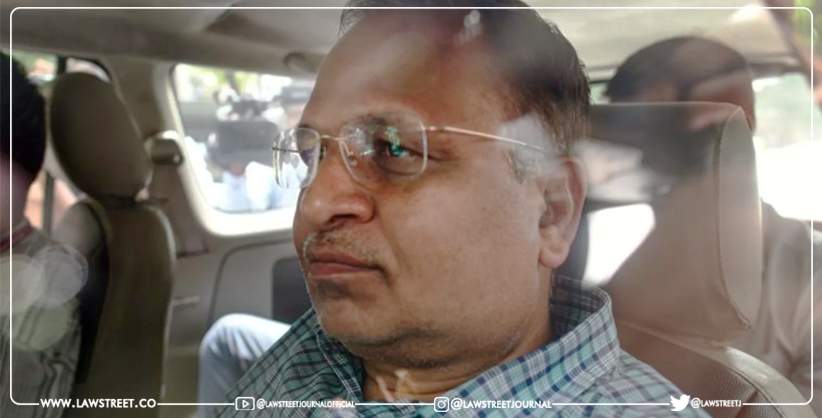 Satyendar Jain in an alleged money laundering case as neither he was produced nor legally represented On Monday, a special CBI court refused to extend the judicial custody of Delhi Health Minister by a lawyer before the court as he is hospitalized. The court asked the Enforcement Directorate (hereinafter, ED) to produce him through Video Conferencing (hereinafter, VC).

As per sources,"He was brought from Tihar Jail to GB Pant Hospital first, and then shifted to the LNJP Hospital. His condition is stable."

According to sources, Jain was brought to the LNJP Hospital on Monday when his oxygen level dropped. On May 30, the ED arrested him in accordance with the criminal provisions of the Prevention of Money Laundering Act (PMLA).

The PMLA agency is probing Jain, a minister without a portfolio in the Kejriwal government, on suspicion of alleged hawala dealings. As part of the investigation, the ED attached assets worth Rs 4.81 crore belonging to Jain's family and businesses that were "beneficially owned and controlled" by him in April.