Home Judiciary COVID-19: Spraying Of Disinfectants/Chemicals On Humans Is A Curse And Not Blessing; Writ Petition In Delhi HC [READ ORDER]
Judiciary

COVID-19: Spraying Of Disinfectants/Chemicals On Humans Is A Curse And Not Blessing; Writ Petition In Delhi HC [READ ORDER] 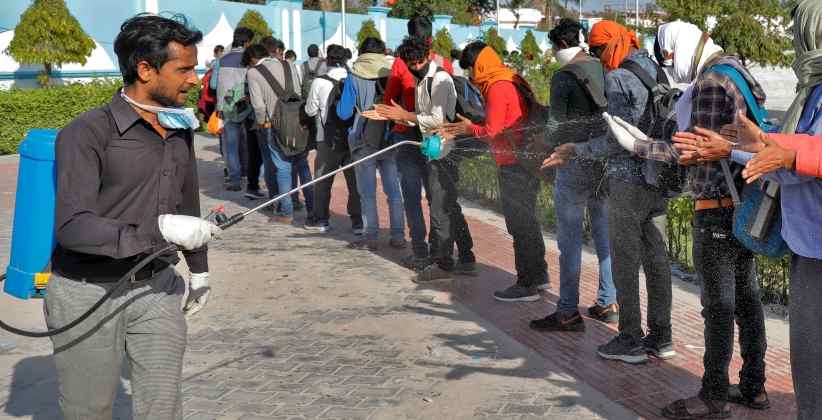 The Delhi High Court has on June 10, 2020, directed the Delhi Government to consider as a representation a Public Interest Litigation (PIL) concerning the harmful effects of spraying disinfectants/chemicals on humans to combat COVID-19 infection. The petition has been filed by Susheel Mahajan, advocate, and was listed for hearing before a Division Bench of Chief Justice DN Patel and Justice Prateek Jalan.

The petitioner has submitted that the spraying or fumigation of outdoor spaces such as streets or market places, is not recommended as per the guidelines of WHO. As per the guidelines spraying of disinfectants can result in a risk to the eyes, respiratory or skin irritation, and the resulting health effects.

The petitioner submits that the disinfectants are chemicals that destroy disease-causing pathogens or other harmful microorganisms. It is advised that the spraying of individuals or groups is not recommended under any circumstances. Spraying an individual or group with chemical disinfectants is physically and psychologically harmful.

The petitioner further submits that even if a person is potentially exposed to the COVID-19 virus, spraying the external part of the body does not kill the virus that has entered your body. There is no scientific evidence to suggest that they are effective even in disinfecting the outer clothing/body in an effective manner.

With reference to electronic and print media, he contended that the government and private bodies/agencies are violating the guidelines as contemplated by World Health Organization and Union of India and are endangering the lives of citizens, which is a violation of rights as envisaged to the citizens, under Article 14 and 21 of Constitution of India.

Through this petition, he has sought directions to the Ministry of Health and Family Welfare, Govt. of India, Government of National Capital Territory of Delhi and Commissioner of Police, Delhi, for the proper implementation of the guidelines with regard to the spraying/use of chemicals for sanitization of public places/offices/individual, etc. as per the guidelines of World Health Organization.

Cancel CBSE Exams to Be Held In July, Declare Results Based On Internal Assessment: PIL Filed In The Supreme Court [READ PETITION]