Relief To Star Plus And Bharti Airtel In KBC Case, SC Sets Aside NCDRC’s Order To Pay Rs. 1 Crore In Damages [Read Judgment] 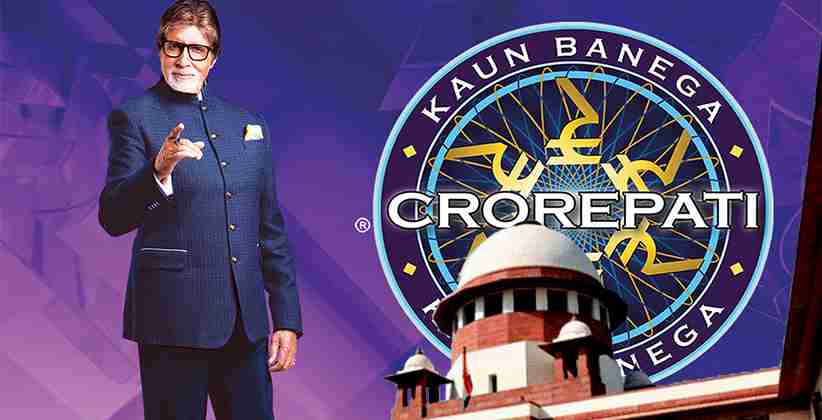 SC had put a stay on NCDR’s order which in November 2008 penalised Star Plus and Airtel in the case. NCDR had imposed a penalty of Rs. 1 crore on the broadcaster of the show, Star Plus and it's sponsor Bharti Airtel for unfair trade practise. The complainant, which is a consumer society had filed a complaint against Star India and Bharti Airtel, inter alia, for unfair trade practice under section 2(1)(r)(3)(a) of the Consumer Protection Act, 1986 in NCDRC where they alleged that the creators of the show had deceived the viewers by creating an impression that the participation in the contest conducted at the end of each episode of KBC called “Har Seat Hot Seat” was free of cost, whereas the cost of organising the contest as well as the prize money was being reimbursed from the increased SMS rates by the sponsor company Airtel which was being shared with Star India. The complainant company grounded its allegations on a survey which it conducted and it was also published in the national daily “Hindustan Times” where consumers said that they were under the impression that participation to the contest was free of cost.

The consumer commission in its order observed that the defendant company refused to disclose the show revenue earned by the said contest under confidentiality of proprietary information and they had created an impression that the participation in the contest was free of cost. Star in its defence said that the findings are based on inferences and speculations, and on reliance on a newspaper report without corroboration of its contents, which was impermissible and appealed before the SC.

The bench comprising Justice Mohan M. Shantanagoudar & Justice R. Subhash Reddy held that "the complainant failed to discharge the burden to prove that the prize money was paid out of SMS revenue, and its averments on this aspect appear to be based on pure conjecture and surmise." The court said thatthe National Commission had no basis to hold Star and Bharti Airtel guilty, although they had not specifically denied that the prize money was paid out of the increased SMS charges, but they had clarified in their submissions that Airtel was merely a  sponsor/advertiser of the program. The commercial arrangement between the parties was that Airtel would pay sponsorship charges, whereas Star India would be independently liable for paying the prize money out of its pocket regardless of the revenue earned by Airtel. Further the court said that reliance on the newspaper report from Hindustan times is unwarranted. The court setting aside the commission’s order and relieving the companies of the punitive damages said “the complainant in the present case had not prayed for punitive damages in the complaint or proved that any actual loss was suffered by consumers."

African Cheetah To Be Introduced In India On Experimental Basis: SC