Home Judiciary Why is the State Forced to Procure Oxygen from Other States, When it Has 3 Production Units of its Own?: Uttarakhand High Court Asks Centre
Judiciary

Why is the State Forced to Procure Oxygen from Other States, When it Has 3 Production Units of its Own?: Uttarakhand High Court Asks Centre 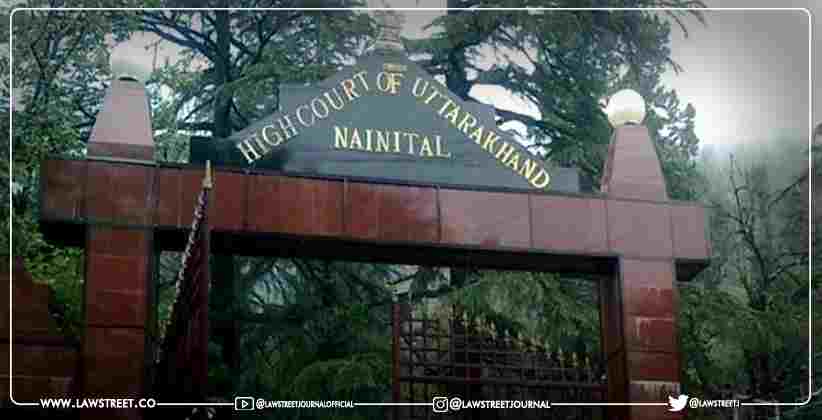 On  Tuesday (May 11, 2021), the Uttarakhand High Court heard a PIL filed in connection with the issue of bed availability in COVID hospitals, among other prayers, and observed that the State  has only one Plasma Donation Centre at present, the Government needs to establish more Plasma Donation centres.

Importantly, while hearing the case, a division bench of Chief Justice RS Chauhan and Justice Alok Kumar Verma questioned that when there are three oxygen production units within the state, why the Central Government was forcing the state of Uttarakhand to obtain its oxygen quota from other states.

The Bench was also concerned that, with a population of 2 crores the Central Government had given 25 injections to a state.

"In terms of oxygen production, Uttarakhand is not permitted to use its own quota of produced oxygen; instead, it obtains oxygen from other states. We have requested that the Central Government provide us with an explanation. The state government has stated that it is helpless and that its hands are tied because control is in the hands of the Central government."

Furthermore, when Advocate Abhijay Negi testified before the Court that it was difficult for patients to obtain the drug, Tocilizumab, the Court stated,

"The procurement of the life-saving drug Tocilizumab is time-consuming and fraught with red tape. The state has claimed helplessness because control is in the hands of the Central Government."

The Court stated that there is a need to implement a scheme to ensure that essential goods reach persons residing in the COVID-19 containment zones, after deliberating on the plight of people who are facing acute crises during the lockdown and COVID-19, and people who belong to the downtrodden strata of society.

In this regard, the Chief Justice stated that the government of Telangana ensures daily distribution of rice, wheat, vegetables, food oils, and other necessities to those living in containment zones.

"In Telangana, the Government has decided to provide basic food material to people even in containment zones, "Whether such schemes have been created by our Government, I have no idea."

In related news, the Uttarakhand High Court recently chastised the state government for failing to prepare for the second wave of the COVID-19 pandemic.

"Despite the fact that the scientific community continued to warn about the second wave of the COVID-19 pandemic in January 2021, the State paid no attention".

Unfortunately, due to certain errors made and negligence demonstrated, the COVID-19 pandemic has reached epic proportions, both in the state and across the country," the bench stated.