State Not Private Litigant, Has Solemn Constitutional Duty To Assist Court In Dispensation Of Justice: SC 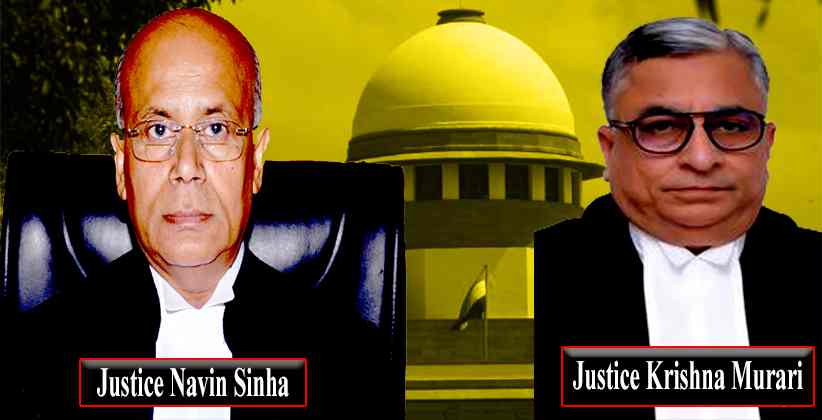 Division bench headed by Justice Navin Sinha and comprising Justice Krishna Murari of the Supreme Court has on January 23, 2020 in the case of M/S. Granules India Ltd. v. Union Of India And Others held that the State as a litigant is not like a private litigant and it has a solemn duty to assist court of law in dispensation of justice.

The appellant had imported 96 tons of the chemical “Acetic Anhydride” through the Inland Water Container Depot (ICD), Hyderabad under the Advance Licence Scheme in 1993. Two Customs Notifications dated 19.05.1992 contained a scheme permitting import without payment of customs duty subject to fulfilment of certain norms and conditions. But these notifications were amended by on 25.11.1993, by which the subject imports became liable for duty, the exemption having been withdrawn. This new amended notification was further amended on 18.03.1994 permitting the import of the chemical without customs duty subject to certain terms and conditions. The clarificatory notification was necessitated to obviate the difficulties faced by the importers like the appellant, who had imported the chemical under the advance licence issued by the Director General of Foreign Trade prior to the amendment dated 25.11.1993. The appellant was allowed to clear the consignments without payment of duty. But later, he was denied any exemption on duty. After making submissions to the Commissioner (Appeals), he filed writ application before the HC. The HC denied to issue writ of mandamus for exemption reasoning that the consignments were imported after 25.11.1993 and before the clarificatory notification dated 18.03.1994, hence Respondent had not acted in arbitrary manner.

Contention of senior counsel appearing on behalf of the appellant, was that denial of exemption to the consignment actually imported after 25.11.1993 under the advance licence obtained prior to 19.05.1992 notwithstanding the clarificatory notification dated 18.03.1994 holding the appellant liable for customs duty was completely unsustainable.

Bench observed that the order of the High Court was completely unsustainable. The entire consignment was imported under one advance licence issued to the petitioner prior to 19.05.1992. The fortuitous circumstance that part of the consignment was actually imported prior to 25.11.1993 and the rest subsequent thereto was hardly relevant in view of the clarificatory notification dated 18.03.1994 that the exemption would continue to apply subject to fulfilment of the specified terms and conditions.

Besides that, the SC also made some glaring remarks;

“The State is the largest litigant as often noted. It stands in a category apart having a solemn and constitutional duty to assist the court in dispensation of justice. The State cannot behave like a private litigant and rely on abstract theories of the burden of proof. The State acts through its officer who are given powers in trust. If the trust so reposed is betrayed, whether by casualness or negligence, will the State still be liable for such misdemeanour by its officers betraying the trust so reposed in them or will the officers be individually answerable. In our considered opinion it is absolutely no defence of the State authorities to contend that they were not aware of their own notification dated 18.09.1994. The onus heavily rests on them and a casual statement generating litigation by State apathy cannot be approved.”

Rights of Women During Arrest In India