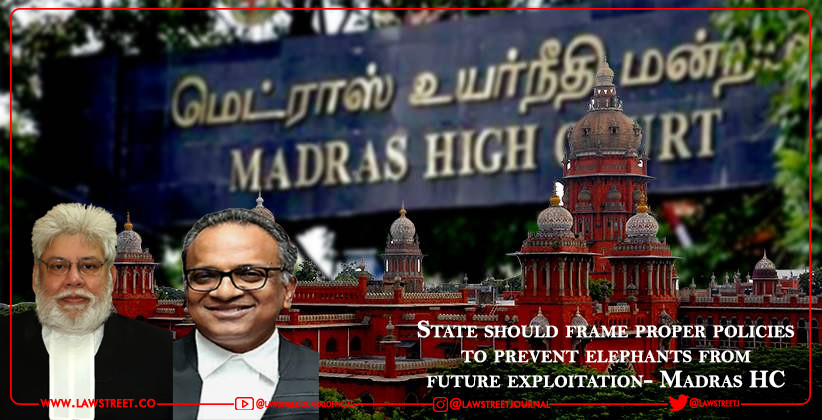 After a video of elephants being mistreated went viral, the Madras High Court that the responsibility of elephants under temples or private individuals should be taken by the Forest Department.

The decision on uniformity was made by Division bench comprising Chief Justice Sanjib Banerjee and Justice Senthilkumar Ramamoorthy of the Madras HC as a response to petitions raised on the welfare of elephants by owners as joy rides, or to transport heavy material.

It prohibited ownership privately and detailed that mistreatment of animals will be dealt with as mercilessly as the way the people handled animals.

Quoting“there must be a uniform policy that all elephants, privately owned or temple owned come under the care of the Forest Department and future ownership of elephants by individuals and temples be completely prohibited. The Forest Department should come up with an appropriate plan to ensure the well-being of the elephants that are now privately owned and temple owned and may not be treated so well as was evident from a video which went viral on the social media a couple of days ago. Any kind of mistreatment of elephants and other animals must be dealt with promptly and as mercilessly as such persons deal with the animals.”

The bench allowed the writ petitions and contended that new policies will be made in eight weeks in consultation with experts to end animal exploitation under the State.