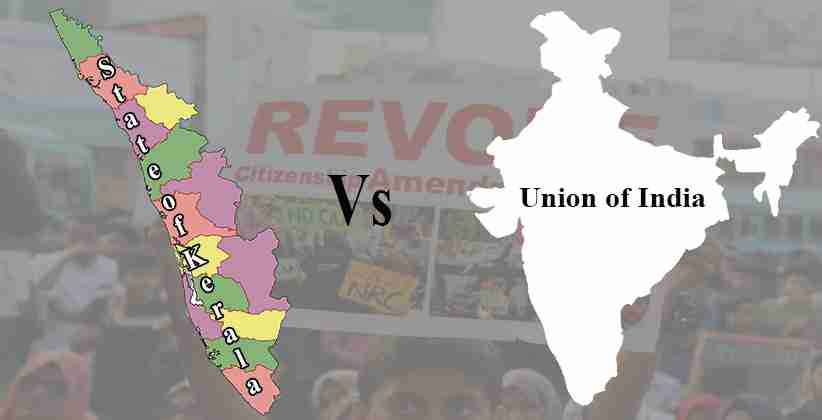 Judiciary Jan 14, 2020 Lawstreet News Network 23 Shares
23 Shares
In an unprecedented move, the State of Kerala had moved the Supreme Court challenging the constitutional validity of a central legislation called the “Citizenship Amendment Act, 2019” (popularly known as CAA) on January 14, 2020.

The State of Kerala has filed a suit under Article 131 (a) of the Constitution of India, 1949. Article 131 (a) confers on the Supreme Court an original jurisdiction to resolve disputes between the Government of India and one or more States, this dispute can involve questions of law and fact both, on which the existence of a legal right depends.  It is argued in the petition itself that the validity of the suit filed under Article 131 is maintainable in view of the law laid down in State of Jharkhand v. State of Bihar and Another (2015). And the petitioners are not required to take route of Article 32 or 226.

Secretary, Ministry of Law and Justice will represent the Union of India in the present suit.  To give basic idea to the readers, Section 5 of the Citizenship Act, 1955 provides for citizenship by registration. Section 6 provides for citizenship by naturalisation. As per Section 6 read with the Third Schedule given in the act, any person of full age and capacity, if qualified in accordance with the Schedule, can acquire Indian citizenship by naturalisation if, interalia, he is a person who has resided in India or has worked with the Central Government or partly the one and partly the other for a period of twelve months prior to submission of application for naturalisation (as provided for in Clause (c) of the third schedule) and he is a person who has resided in India or has worked with the Central Government or partly the one and partly the other for a period of eleven years in the fourteen years immediately preceding to the said twelve months (as provided in Clause (d) of the third schedule. This is the position prior to the CAA. Illegal migrants were expressly excluded by Sections 5 and 6 from acquiring citizenship by either registration or naturalisation. “Illegal migrant” has been defined in Section 2 (b) of the Citizenship Act, 1955 to mean any foreigner who had entered India without any valid document or authority prescribed by law and also includes any foreigner who has entered India with valid documents and authority, but has stayed beyond the period of permit.  Present CAA adds a proviso to Section 2 (b) according to which persons belonging to Hindu, Sikh, Buddhist, Jain, Parsi or Christian community in Afghanistan, Bangladesh or Pakistan have been excluded from the purview of the definition of illegal migrants. Consequently, above said persons have been excluded from the bar to illegal migrants for acquisition of citizenship by registration under Sections 5 or by naturalisation under Section 6. CAA also adds proviso to Clause (d) of the Third Schedule and under the clause above said persons will require to stay for "not less than five years" in place of "not less than eleven years”. Petitioner has also challenged the Passport (Entry to India) Amendment Rules, 2015 and 2016 and Foreigners (Amendment) Order, 2015 and 2016.  Petition argues that, “proposed amendments are class legislations harping, interalia, on the religious identity of an individual, thereby contravening the principles of secularism, which has been recognised repeatedly by this Honourable Court as a basic structure of the Constitution. The same make religion and the country of origin of the person criteria for grant of citizenship and result in classifications based on religion and based on country, both classifications being apparently and manifestly discriminatory, arbitrary, unreasonable and have no rational nexus with the object sought to be achieved. It is trite and settled law that a legislation discriminating on the basis of an intrinsic and core trait of an individual cannot form a reasonable classification based on an intelligible differentia. The religious classification brought forth violates the twin test of classification under Article 14, the protection of which is not limited or restricted to Citizens alone and extends to all persons.” “There is no rationale in not extending the rights conferred to a class of minorities from Pakistan, Afghanistan and Bangladesh to religious minorities belonging to the said countries of Sri Lanka, Myanmar, Nepal and Bhutan.” Arguing on violation of Article 14, petition further says that, “If the object of the Amendment Act is to protect the “minorities who faced religious persecution in Afghanistan, Pakistan and Bangladesh”, then, the Ahmaddiyas and Shias from these countries are also entitled to treatment equal to that being now extended to Hindu, Sikh, Buddhist, Jain, Parsi and Christian communities.” It is also argued that when the CAA only addresses religious persecution, it fails to address linguistic and ethnic persecution. Violation of Article 21 and 25 is argued as following: “A person seeking asylum/ refuge in India, on account of the religion centric criterion of the CAA for citizenship by naturalisation, will be put to a situation wherein he will have to choose either the State or his religion. This will amount to violation of fundamental rights guaranteed under Articles 21 and 25 of the Constitution. The said legislation also discriminates against persons who do not profess or practice any religions or any faith, but is yet subjected to persecution in any of countries which have been referred to in the said legislation.” Petition terms selection of countries and religion as “an irrationally chosen class of minorities in an unreasonably chosen class of neighbouring countries”. On December 31, 2019, the Kerala Legislative Assembly unanimously requested the UO to abrogate the CAA.  Already more than 60 petitions are filed and the SC is due to hear these petitions on January 22, 2020.  [Read Petition] Author: Parth Thummar 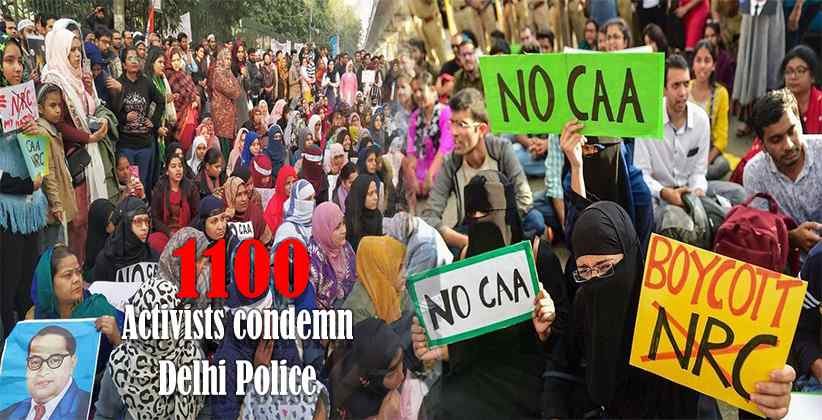