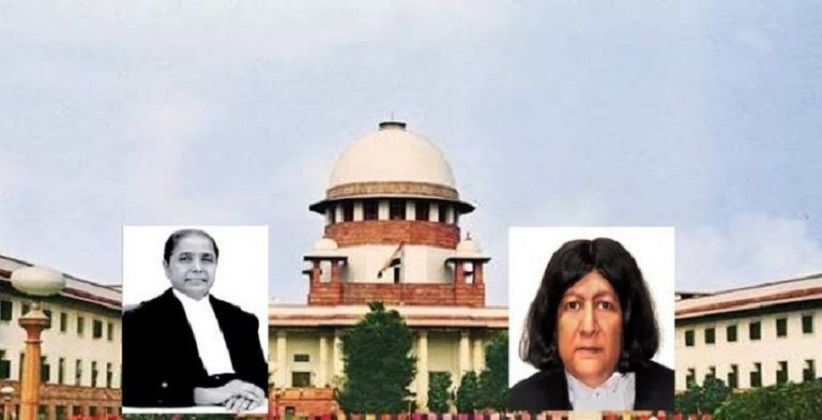 The Supreme Court in the recent case of Kamala and Others v. M.R. Mohan Kumar has held that in the proceedings under Section 125 of the Code of Criminal Procedure, 1973, strict proof of marriage is not necessary.

The matter came before a Bench of Justice R. Banumathi and Justice Indira Banerjee, in an appeal filed against the judgment passed by the Karnataka High Court.

However, the appellant could not maintain herself and her children, she filed a Criminal Miscellaneous No.297/2006 under Section 125 Cr.P.C. claiming maintenance for herself and the children from the respondent.

The Family court had observed that there was a husband-wife relationship between the parties and children are born out of the said wedlock. It had then directed the respondent to pay maintenance. Aggrieved by the decision, the respondent filed a revision petition in the Karnataka High Court which held that the petitioner did not produce any evidence to show that the marriage was solemnized as per custom and she, not being the legally wedded wife, is not entitled to any maintenance.

The Bench taking into consideration the evidence produced by the appellant along with oral evidence coupled with documents has observed that a strong presumption of a valid marriage exists between the appellant and the respondent. Further, referring to the testimonies of other witnesses, the Bench said that it is established that the parties’ cohabitated as husband and wife and that the people around them treated them as husband and wife.

The Bench said that “unlike matrimonial proceedings where strict proof of marriage is essential, in the proceedings under Section 125 Cr.P.C., such strict standard of proof is not necessary as it is summary in nature meant to prevent vagrancy.”

The Bench referred to one apex court judgment in Chanmuniya v. Virendra Kumar Singh Kushwaha and said that broad and extensive interpretation should be given to the term “wife” under Section 125 CrPC. In the said judgment, it was observed: “We are of the opinion that a broad and expansive interpretation should be given to the term “wife” to include even those cases where a man and woman have been living together as husband and wife for a reasonably long period of time, and strict proof of marriage should not be a precondition for maintenance under Section 125 CrPC, so as to fulfil the true spirit and essence of the beneficial provision of maintenance under Section 125. We also believe that such an interpretation would be a just application of the principles enshrined in the Preamble to our Constitution, namely, social justice and upholding the dignity of the individual.”

Thus the Bench restoring the order granted by the family court has said that “the High Court being the revisional court has no power reassessing the evidence and substitute its views on findings of fact.”