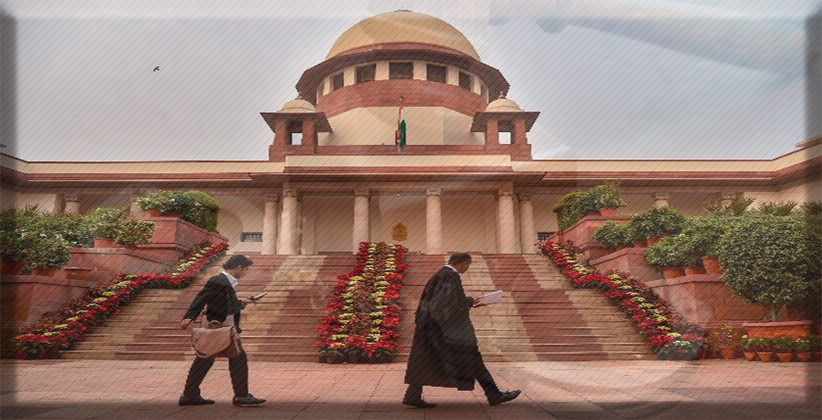 The Supreme Court on February 27, 2019, has held that the court can exercise power under Section 319 of Code of Criminal Procedure, 1973, only where strong and cogent evidence occurs against an accused from the evidence led before the court.

A Bench comprising of Justice R. Banumathi and Justice Subhash Reddy was hearing appeals filed against the order passed by the Allahabad High Court wherein it had affirmed the order of the trial court summoning the appellants under Section 319 Cr.P.C. for the offence punishable under Section 302 of the Indian Penal Code, 1860.

During the trial, an application under Section 319 Cr.P.C. was filed by the prosecution seeking to summon the appellants for the offence punishable under Section 302 IPC stating that their names were mentioned in the FIR and also in the evidence of PW-1 and PW-3. The Trial Court allowed the application on the ground that prima facie evidence was available against the appellants.

This order was challenged by the appellants who sought a revision of the same. The High Court dismissed the revision petition observing that there are specific allegations against the revisionists and therefore, there is no illegality or impropriety in the order of the trial court. Aggrieved by the same, the appellants approached the Supreme Court.

The court referred to Section 319(1) Cr.P.C. and stated that the section “empowers the Court to proceed against any person not shown as an accused if it appears from the evidence that such person has committed any offence for which such person could be tried together along with the accused. It is fairly well settled that before the court exercises its jurisdiction in terms of Section 319 Cr.P.C., it must arrive at satisfaction that the evidence adduced by the prosecution, if unrebutted, would lead to conviction of the persons sought to be added as the accused in the case.”

In Hardeep Singh case, it was held that the “Power under Section 319 Cr.P.C is a discretionary and an extraordinary power. It is to be exercised sparingly and only in those cases where the circumstances of the case so warrant. It is not to be exercised because the Magistrate or the Sessions Judge is of the opinion that some other person may also be guilty of committing that offence. Only where strong and cogent evidence occurs against a person from the evidence led before the court that such power should be exercised and not in a casual and cavalier manner.”

Applying the principles laid down in the above case, the court held that there was no prima facie case made out for summoning the appellants and to proceed against the appellants for the offence punishable under Section 302 IPC.

The Court further added that “under Section 319 Cr.P.C., a person can be added as an accused invoking the provisions not only for the same offence for which the accused is tried but for “any offence”; but that offence shall be such that in respect of which all the accused could be tried together.”

With this view, the court set aside the order of the High Court and allowed the appeals.