Students Have No Right Of Admission in Pvt. Schools If Govt. Schools Are Available: Karnataka HC [Read Judgment] 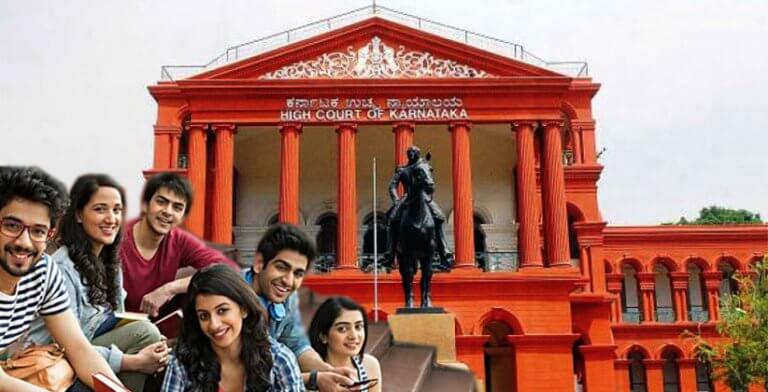 The Karnataka High Court in a recent case of Education Rights Trust v. State of Karnataka & Another has held that students under Right to Education (RTE) has no right of admission in private unaided schools if government or private aided schools are available in the neighbourhood.

A Bench comprising of Justice L. Narayana Swamy and Justice P.S. Dinesh Kumar upheld the constitutionality of amendment of Rule 4 of Karnataka Right of Children to Free & Compulsory Education Rules, 2012.

The court said: “Education under Article 21A of the Constitution is a fundamental right but petitioners/students have no right of admission to private schools, as long as the government schools, local authorities' schools or aided schools are available in the neighbourhood."

The order was passed on a writ petition filed in the form of a Public Interest Litigation by Education Rights Trust, an NGO, and several students. The petition was filed to declare the amendment of Rule 4 of the of Karnataka Right of Children to Free & Compulsory Education Rules, 2012, as null and void on the ground that the same is in violation of fundamental rights of children guaranteed under Article 21-A of the Constitution of India. The challenged amendment precludes identification of schools under the Right to Education Act, wherever there exists a government school or an aided school.

The petitioners contended before the court that government schools are not preferred, and that parents cannot be forced to admit their children in schools that do not have English as the medium of instruction. The amendment has taken away the opportunity to get admission in private schools affecting the fundamental rights of children as well as parents, the petitioners said.

Counsel for the petitioners also argued that the amendment is contrary to the RTE Act, 2009, as it forces children to get admission in undeveloped government schools against their will.

On the other hand, the state government argued that as per Section 12(1)(c) of the RTE Act, unaided schools cannot compel the government to sponsor children to their schools, if government schools are available in the area. The necessity to provide free education in unaided schools under Rule 8 arose only when there are no government/aided schools in the neighbourhood, it was argued.

Advocate General Udaya Holla further submitted before the court that due to the RTE Act and the reservation it provides, many government schools across the state have been closed, and that there has been a steady increase in the number of private schools. This has caused a heavy burden on the state exchequer. Holla stated that Rs. 1,300 crore has been spent by the state government since the RTE Act came into force, out of which Rs. 700 crore is for reimbursements to unaided schools.

After hearing both the parties, the court accepted the contention of the Advocate General and said that “If petitioner’s contention is to be accepted, the State Government will be compelled to reimburse astronomical figures. The argument on behalf of the petitioners that children entitled for seat under the RTE Act may choose an unaided school in the neighbourhood though there exist Government and aided schools, is fallacious.”

Further, the court also said: “When these schools have been established, then the Government need not reimburse the cost or expenditure on the elementary education of a child. If at all, if the parents want to admit their children to private schools, it is out of their decisions for which the Government is not liable or accountable.”

Moving forward, the court also delved into the aspect of judicial review of policy decisions of the government. Reliance was placed on Supreme Court decisions in the case of Ugar Sugar Works Ltd., v. Delhi Admn. (2001) 3 SCC and Apex Court in Krishnan Kakkanth v. Government of Kerala & others (1987) 9 SCC, to note that courts should not interfere in decisions which are not arbitrary or unreasonable.

Refusing to grant prayer of the petitioners, the court said that if prayer is granted, the functioning of such schools established by the government, local authorities and the aided schools, would be at stake. Thus, accepting the contention raised by the respondents, the court rejected the writ petition.

Sanjay Dutt Was Released On Remission Despite Centre’s Refusal