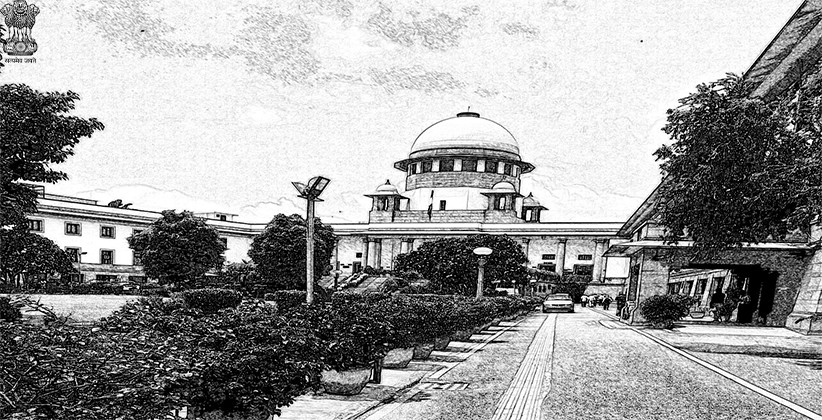 The Supreme Court on March 11, 2019, in the case of Manish Kumar v. Union of India has asked all the High Courts to register suo motu Public Interest Litigations (PILs) to deal with the issue of filling up a large number of vacancies in the police forces.

A Bench comprising of the Chief Justice of India Ranjan Gogoi, Justice Deepak Gupta and Justice Sanjiv Khanna passed the order on a petition filed by Manish Kumar in 2013, contending that the law and order situation has deteriorated on account of the existence of a large number of vacancies in the police service at all levels.

Pursuant to the petition, many States have filed affidavit and status reports on the matter.

Hearing the matter, the Bench observed that the matter could be best dealt with by the respective High Courts as the issues and problems are state specific.

"From the material on record and the Orders passed by this Court from time to time it appears that one of the central issues canvassed till date is the filling up of the large number of vacancies in the different posts in the police forces in the States. In this regard detailed affidavits have been filed by a large number of States. In view of the factual matrix at some point of time it was in the contemplation of the Court that the matter be sent to High Court(s) for effective monitoring instead of this Court continuing with the present writ petition. Issue and problems are State specific and can be appropriately dealt with by the respective High Courts,” the Bench observed.

Therefore, the court directed the Supreme Court registry to transfer records pertaining to the writ petition filed in this regard to respective High Courts.

The court also requested the Chief Justices of all the High Courts to entertain the matter on the judicial side by way of suo moto PILs.

"We are of the view that the records pertaining to each of the States including affidavits etc. be sent by the Supreme Court Registry to the Registry of the concerned High Courts with a request to Hon'ble the Chief Justice of the High Court to entertain the matter on the Judicial Side as suo motu Public Interest Litigation and monitor the prayers made from time to time,” the order reads.