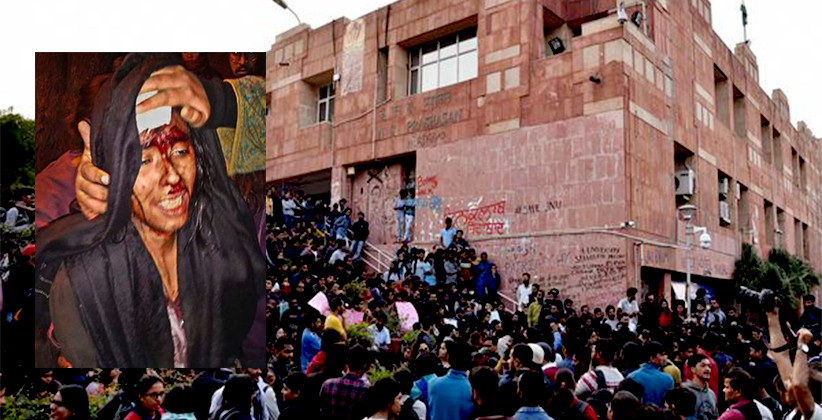 The Executive Committee of the Supreme Court Bar Association has settled on a plan of action on January 7, 2020 to condemn the aggressive attack carried out on the students, professors and staff members of the prestigious Jawaharlal Nehru University. The Supreme Court Bar Association strongly disapproved of the “anti-social elements” along with the inaction of the Delhi Police. It called out to the required authorities to make obligatory steps to control the aggravated situation in order to maintain law and order.

An association of forty lawyers assembled in the lawns of the coveted Supreme Court and read out aloud the Preamble of the Constitution of India. It was recited in the spirit of upholding the ethos, spirit and values of the Constitution and remind about the same to the people of the country and the aggressors.

Noted lawyers like Prashant Bhushan, Kamini Jaiswal, and Sanjay Parekh came out to protest at a time when the several quarters of the civil society are also protesting against the Citizenship Amendment Act, 2019, the proposed nationwide NRC, and the NPR as well as protesting in solidarity with the students of various Universities including Jamia Milia Islamia and the JNU.

On January 5, 2020, miscreants wearing masks with covered faces armed with weapons entered the Jawaharlal Nehru University (JNU) campus and incited violence against the students and professors which ultimately led to a huge support from the civil society.