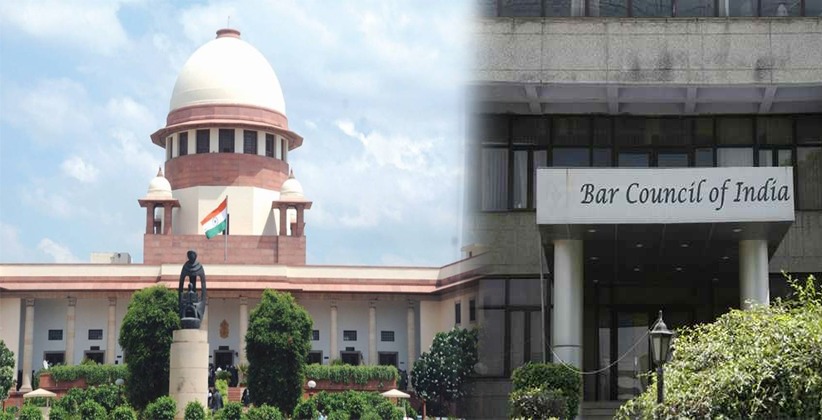 The Supreme Court has upheld the order by Bar Council of India dismissing a complaint alleging professional misconduct by a lawyer.

The counsel for defendant Bindu Kumar Mohanlal Shah in a suit filed by Harmanbhai Umedbhai Patel against a person who encroached a property which was “gaucher land”.

The complaint filed before the Bar Council was that the lawyer issued a public notice which has misled the public about the nature of the property. The lawyer issued a notice where Vithalbhai Babarbhai Patel was declared to be the owner of the land.

The Bar Council dismissed the complaint stating that there was no misconduct on the part of the lawyer. The complainant contended that it is the duty of the lawyer towards his client but to the court and society as well. Reliance was placed on two judgments of the SC in 2001 (2) SCC 221 D.P Chadha Versus Triyugi Narain Mishra and 2016 (6) SCC 1 titled State of Punjab and Anr. Versus Brijeshwar Singh Chahal.

In DP Chadha, it was seen that a lawyer discharging his professional assignment has a duty to his client, opponent, court, society at large, and to himself.

Looking at the notice issued by the Advocate, the bench comprising Justices L. Nageswara Rao, Hemant Gupta, and S. Ravindra Bhat said: “Though the respondent-advocate did not mention the name of his client in the public notice, the Disciplinary Committee of the Bar Council of India was right in holding that the respondent did not commit any moral turpitude amounting to any professional misconduct.”