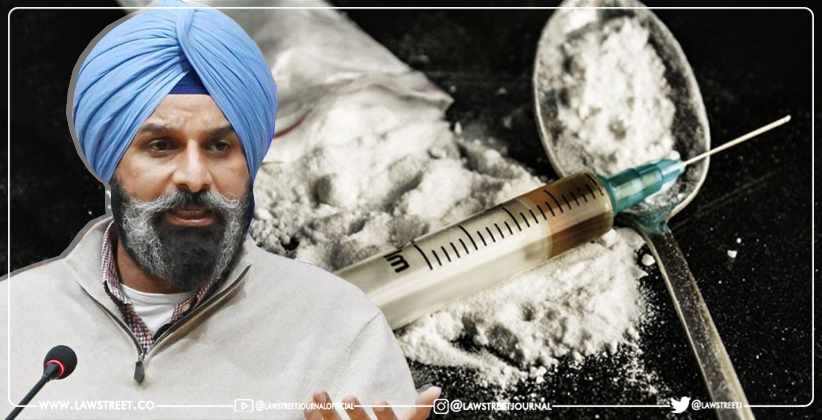 Sibal: Way back in 2013, FIR 56/2013 is registered and 10 days later, an ECR is registered. 3 accused in this case, and their statements are recorded under the PMLA and complaints are always filed. That matter is over and I am not an accused. As far as NDPS offence, trial over.

Sibal: Partly the accused are convicted and partly acquitted. Then, an order was passed stating that drugs things in Punjab must be looked up. Then, STF is formed and a sealed cover report is submitted to the court. Then, section 15 statements under PMLA is given.

Sibal: Then, the court sends it back to the government and directed to see. The government set up a high power committee. These are under the PIL jurisdiction where all this is being done - then in 2017, gov changes and then, they wanted section 50 statement.

Sibal: after taking section 50 statement, FIR is registered. Question is: one, can a sec 50 statement be ever used? ; two, what about the division bench? three, what can happen now?

Bench: Why writ petition? Why should we entertain?

Sibal: These questions must be answered.

Bench: Can you not move to High Court?

Bench: We will permit you to pursue your remedies before the High Court.

Sibal: Single judge has taken a view of the matter. Now the matter is already with division bench.

Bench: No, if you file under section 482 crpc read with article 226 then it will go to division.

Cheema: It goes to a single bench.

Surya Kant J: I was there Mr Cheema, i headed the special bench and it goes to division only in my opinion.

Bench: We can say that then. Let it be heard by a division bench.

Sibal: Even the bail also.

State's Counsel: No milords, this (bail) cannot be heard by the division bench.

State: Anticipatory bail moved before the hc, it was rejected, and even my the supreme court. Then, relief under regular bail, that also rejected by trial court. Now, how can the bail application be filed under Art 226 ?

Order: In view of the above, we follow the set precedent and grant liberty to the petitioner to move to the division bench of the high court for all remedies that they want to seek. We do not express any opinion on the merits of the case.