Home Judiciary SC Reprimands CBI on 314 Days Delay in Filing SLP, Directs Fixing the Same while stating: “We Are Dealing with a Premier Investigating Agency”
Judiciary 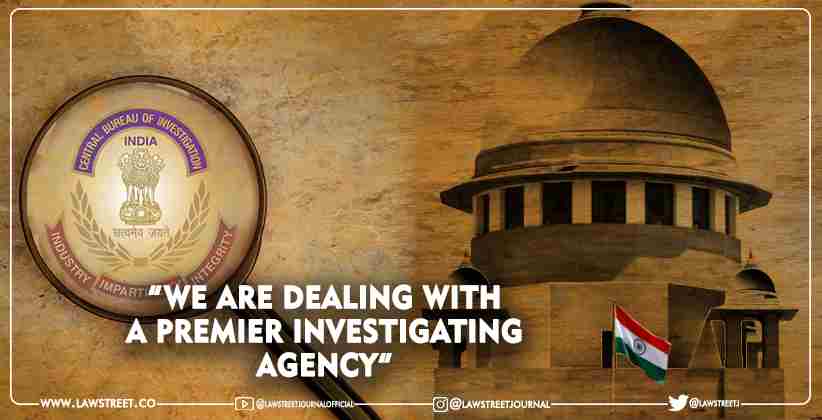 The Supreme Court reprimanded Central Bureau of Investigation on delay in filing a Special Leave Petition against a Delhi High Court Judgement that reversed the conviction by the Trial Court.

The SLP was being considered by a Bench comprising of Justices Sanjay Kishan Kaul and Hemant Gupta.

RS Suri, Additional Sessions Judge submitted before the Bench how the person convicted by Trial Court can get away scot free. Taking note of the delay of 314 days, the Bench observed:

"We are dealing with a premier investigating agency, the CBI! Learned ASG submits that dismissal on limitation amounts to letting person convicted by the trial Court albeit reversed by the High Court getting away scot free. If that be the position, first it is the CBI which has to show some seriousness in the matter of fixing responsibility on the persons responsible for the inordinate delay of 314 days in filing the SLP.”

The court opined that CBI could give no viable reason for the delay. It has therefore, directed the CBI to conduct an enquiry and identify the reasons for delay and present the same before the Court before it requests to issue notice.

The Bench headed by Justice Kaul has been chiding the Government and Public Authorities by imposing costs for delayed filings of SLPs. While dismissing a SPL filed by the Central Government, delayed for about 6616 days, the Court said,

The matter will now be heard by the Court after two months.