Home Judiciary Supreme Court imposes cost on the Central government of Rs 7,500 for failing to respond to a petition to identify minorities based on state population [Read Order]
Judiciary 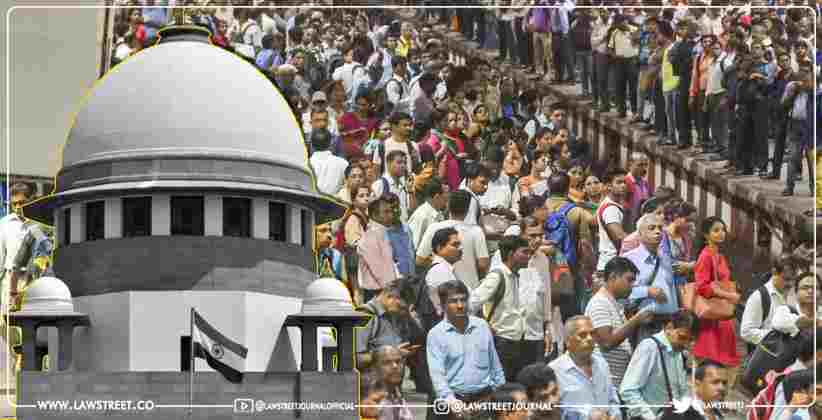 The Supreme Court on Monday fined the Central government of Rs 7,500 for failing to respond to a public interest litigation petition filed by Ashwini Upadhyay, BJP leader and Advocate [Ashwini Kumar Upadhyay v. Union of India]. He had sought to identify and grant minority status to communities based on their population at the state level.

The Central government was fined by a bench of Justices Sanjay Kishan Kaul and MM Sundresh for missing deadlines to present a response affidavit in the matter.

"We grant one further opportunity of four weeks to learned counsel for the respondents to file the counter affidavit subject to deposit of costs of ₹7,500 with Supreme Court Bar Association Advocates Welfare Fund as requested by the learned senior counsel for the petitioner," the Court said.

The Supreme Court sent notice to the Central government in August 2020, and four adjournments were granted after that.

According to the appeal, the Central government declared five communities, namely Muslims, Christians, Sikhs, Buddhists, and Parsis, as minorities in a notification dated October 23, 1993, without defining the term "minority" or establishing procedures for identification at the state level.

"Hindus are merely 1% in Ladakh, 2.75% in Mizoram, 2.77% in Lakshadweep, 4% in Kashmir, 8.74% in Nagaland, 11.52% in Meghalaya, 29% in Arunachal Pradesh, 3849% in Punjab and 41.29% in Manipur but Central Government has not declared them 'minority' under Section 2(c) of the NCM Act and Section 2(f) of the NCMEI Act, thus Hindus are not protected under Articles 29-30 and cannot establish-administer educational institution of their choice," the petition stated.

On the other hand, by using unbridled power under the NCMEI Act, 2006 the Centre has arbitrarily declared Muslims as a minority, who are 96.58 per cent in Lakshadweep, 95 per cent in Kashmir & 46 per cent in Laddakh, it was pointed out.

"Centre has declared Christians as a minority, who are 88.10% in Nagaland, 87.16% in Mizoram & 74.59% in Meghalaya so they can establish & administer educational institution of their choice. Likewise, Sikhs are 57.69% in Punjab & Buddhists are so% in Laddakh and they can establish & administer educational institutions but not the followers of Bahaism & Judaism, who are merely 0.1% and 0.2% respectively," the plea claimed.

The matter has now been listed for hearing on March 28.

The order has been attached. [Read Order]