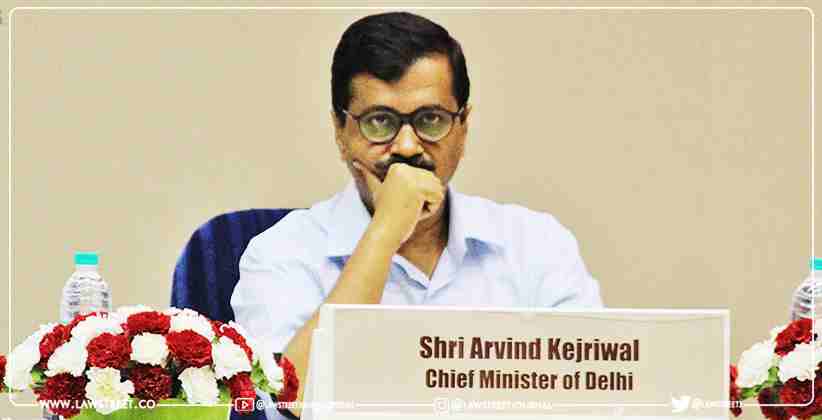 A SupremeCourt bench headed by Chief Justice of India will shortly hear a plea by Delhi government challenging the Government of NCT Delhi (Amendment) Act, 2021 over the issue of administrative services.

Solicitor General Tushar Mehta submitted that they want to place on record some documents that has not been submitted by the petitioners.

Mehta tells that Legislature was willing to do something in Delhi as it is capital territory. World looks at Delhi as they look at India.

Mehta informed that Balakrishnan committee was appointed  for the purpose of study and its report was discussed & debated in the Parliament.

Referring to the Balakrishnan committee report Mehta said that the basic point is, the committee report which formed part of debates was prepared out of which what they considered, which will give insight of parliamentary legislative intent.

Mehta said that this would not be a matter of a political party vs another, but be guided by capital of this nation & how it would ensure its obligation.

Mehta referring to the Judgment of the SupremeCourt

Over the suggestion of the commission, Mehta added that 239 A is verbatim taken by Parliament, whereas, it has its own sanctity.

Mehta told the bench that the parliament also considered that there are several capital countries and it was seen how other capitals are managed.

When the capitals are well managed, Countries are known by the name of its Capital. We all know London, Mehta added.

However, the bench asked Mehta to argue on the application filed seeking the matter to be transferred to a Constitutional Bench.

Mehta referring to the NDMC judgment submitted that the 9 Judges bench held that Delhi is UT.

Mehta refered to Judgement indicating that Justice Bhushan does take the Balakrishnan report into consideration.

Referring to a 2 judges bench reference order, Mehta submitted that the lucid and equally well considered opinion has been made by Justice Chandrachud and Justice Bhushan.

Justice Bhushan opined that the power of the legislative assembly to make legislation in Delhi is enumerated in the State list. The ld judge has said that the Constitutional bench has not gone into the issue of 239 AA.

However, both the judges opined that this needs to go to a larger bench.

Ld Judge has said that this has been touched by 2 judges but not by the 3 judges, Mehta submitted.

Sr Adv Abhishek Manu Singhvi appearing for the Delhi Government submitted that it is unfortunate that the Central Government has taken 2 to 3 days just to argue that why the matter should not be heard by this bench. This is delaying tactics.

Balakrishnan Committee report I had already argued in the opening that it had been rejected, Singhvi added.

The very same thing of posting the matter to a 5 judges bench has been dealt with that I'll show, Singhvi added.

CJI Ramana: How much time will you take.

Bench said that they will take up the matter tomorrow.