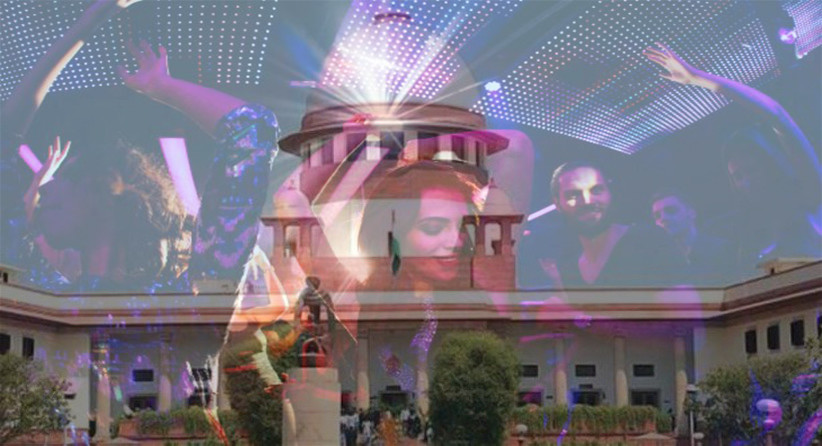 The Supreme Court today i.e., January 17, 2019, has cleared the way for the opening of dance bars in Mumbai by quashing some of the stringent rules prescribed by the Maharashtra government.

A Bench comprising of Justices A.K. Sikri and Ashok Bhushan was hearing a batch of petitions filed by women working in Maharashtra’s bars, including dancers and waitresses, against the constitutionality of The Maharashtra Prohibition of Obscene Dance in Hotels, Restaurants and Bar Rooms and Protection of Dignity of Women (working therein) Act, 2016.

The court did away with some mandatory conditions imposed by a 2016 State law, like the installation of CCTV cameras at the dance area as a violation of privacy.

Further, the court noting that dance and liquor can co-exist, it said that there is no need to segregate the area where liquor is served to patrons from the dancing area.

The court, however, stopped patrons from showering money at the performers. It also upheld the condition that dance bars should operate only between 6 p.m. and 11.30 p.m.

In the petition filed by the Bharatiya Bargirls Union, it was argued that the 2016 law stigmatises their profession and unreasonably interfered with their free choice of expression through dramatic performances.

“The act of tipping or giving gifts as a token of appreciation has been customary and an integral part of traditional dance culture. This decades-old practice is akin to those performing Mujra, Lavani [traditional Marathi song and dance] or Tamasha [traditional Marathi theatre] where performers earn their living through ‘bakshisi’ offered by the audience as a token of appreciation of the performances,” their petition had said.

The 2016 State law was passed by the State Assembly to circumvent a Supreme Court judgment of 2015 which ordered dance bars to be thrown open again and classified dance as a profession.