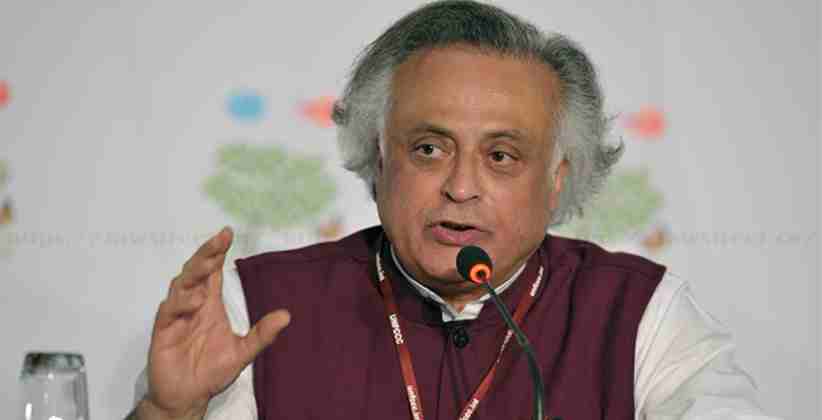 On 5th May 2020, the Supreme Court declined Senior Congress leader Jairam Ramesh's plea asking for orders to the Centre and state governments to make certain that there is universal coverage of food security during the ongoing Corona Virus pandemic outbreak while asking the politician to make a representation to the Central government.

The court noticed how people were approaching the apex court under provisions of Article 32 of the Constitution without trying to make any representation to the government authorities.

A bench comprising of Justice Ashok Bhushan, Justice Sanjay Kishan Kaul and Justice B R Gavai, which adjudged the matter through the platform of video conferencing, mentioned the court has found that grievances and issues brought forward in the petition have not been raised in front of the government, hence it is permitting the petition to be withdrawn.

The top court said the petitioner should give a detailed representation to the Centre, which will be examined by the union government.

Senior Advocate Salman Khurshid, representing Ramesh, told the court that the issue put forward in the petition is related to food security and the petitioner himself was a contributory in the making of the National Food Security Act of 2013.

He raised an argument about how many citizens have shifted from their places of work to their native towns and villages. Since they have ration cards of their local place, these are unaccepted by the officials in the area to which they have gone back.

He also mentioned that some may not even have ration cards, to begin with.

The bench inquired whether any representation has been given to the authorities responsible for this matter.

He admitted that there was no representation made to the authorities but mentioned that the matter is not antagonistic and only aspires to assist the government in serving its citizens.

The bench remarked that people are advancing to court without even making a representation to the government and authorities concerned and such petitions should be introduced only after some initiative already taken.

Khurshid asserted that the government has proclaimed doubling of rations to the ration card holders but what happens to those who either don't have it at all or don't have it with them at the time of necessity is unknown.

He observed that the government's one ration card plan is still to fall into place and till then the top court’s decision in Swaraj Abhiyan case, in which it was adjudged that ration cards will not be required during natural disasters like drought, should be applied.

To this statement, the bench stated that somebody who is not in his place of work may concur some problems. The state government can take care of those who have gone back to their native places.

It said that in a circumstances like the COVID-19 pandemic, where the difficulties are large, some anomalies may take place.

The bench mentioned that it can ask Solicitor General Tushar Mehta, representing the case for the Centre, to analyze the issues raised and optimistically stated that after the third phase of lockdown, things should begin looking better.

Mehta said that the Central Government would take note of the grievance with due respect. Ramesh observed in his petition that reports propose that large sections of the poor and vulnerable are not able to acquire food during the lockdown period due to the ongoing global pandemic.

The former Union minister asserted that there has been food shortage due to the lockdown and hence, there is a need for the application of the National Food Security Act, 2013, and other such measures.

"In the facts and circumstances as stated above, it is most respectfully prayed that this Court may be graciously pleased to issue a writ in the nature of mandamus, or any other writ, order or direction to the Respondents to ensure that the National Food Security Act, 2013 is being implemented rigorously by all States," the petition stated.

It also sought an order for the qualified authorities to get rid of the mandatory requirement of delivery of grains against the production of ration cards during the lockdown.

Ramesh has also asked for directions from the Supreme Court explaining that households would be spared from Aadhaar card based biometric checking for obtaining food grains under the Public Distribution System.