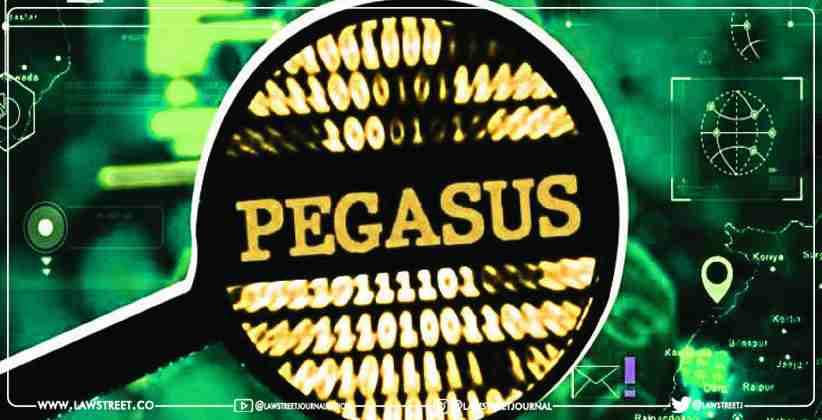 The Supreme Court agreed to hear on Friday instead of Wednesday a batch of pleas, which alleged use of Israeli spyware for surveillance of certain people in India, after taking note of the submissions of the solicitor general for the Centre that he would be busy arguing a money laundering case in another court. As per the cause list uploaded on the website of the apex court, a bench headed by Chief Justice N V Ramana was scheduled to hear on Wednesday the pleas on the Pegasus issue for the first time after October 27 last year when it had ordered setting up of a three-member panel of cyber experts to probe the spying allegations.

The bench, also comprising justices A S Bopanna and Hima Kohli, was urged by Solicitor General Tushar Mehta, appearing for the Centre, that the proposed hearing of the pleas on Wednesday be deferred to Friday (February 25) as he would be arguing before another bench. "The Pegasus matters are coming up before your Lordships .. I am in part heard (matter) before court three in the PMLA (Prevention of Money Laundering Act) vires matters. I will be on my legs tomorrow from 10.30... If it (Pegasus cases) can be kept on Friday instead of Wednesday," said the law officer.
"All right, you please inform the other side," said the CJI. The law officer said that he would be informing the counsel for the other side who had filed the PILs. A special bench, as per the website, has listed as many as 12 PILs, including the ones filed by the Editors Guild of India and veteran journalists N Ram and Sashi Kumar, for hearing on February 23 and was likely to peruse and analyse the report which was to be filed by the apex court-appointed panel.
The panel, which included three experts on cyber security, digital forensics, networks and hardware, was asked to "inquire, investigate and determine" whether Pegasus spyware was used for snooping on citizens and their probe would be monitored by former apex court judge R V Raveendran. The panel members were Naveen Kumar Chaudhary, Prabaharan P and Ashwin Anil Gumaste. Justice Raveendran, who is heading the monitoring panel, has been assisted by former IPS officer Alok Joshi and Sundeep Oberoi, Chairman of Sub Committee in International Organisation of Standardisation/ International Electro-Technical Commission/Joint Technical Committee – in monitoring the inquiry of the technical panel.

The committee is requested to prepare the report after a thorough inquiry and place it expeditiously before the court, the bench had said. In recent times, reports emerged that the probe panel has been facing difficulties as very few people were coming forward to depose before it or submit their devices for technical scrutiny. In one of the significant verdicts in recent times over the issue of citizens' right to privacy, a bench headed by the CJI had on October 27 last year ordered setting up of the panel saying mere invocation of national security by the state cannot render the judiciary a "mute spectator" and had asserted that indiscriminate spying on individuals in a democratic country cannot be allowed. An international media consortium had reported that over 300 verified Indian mobile phone numbers were on the list of potential targets for surveillance using Pegasus spyware.