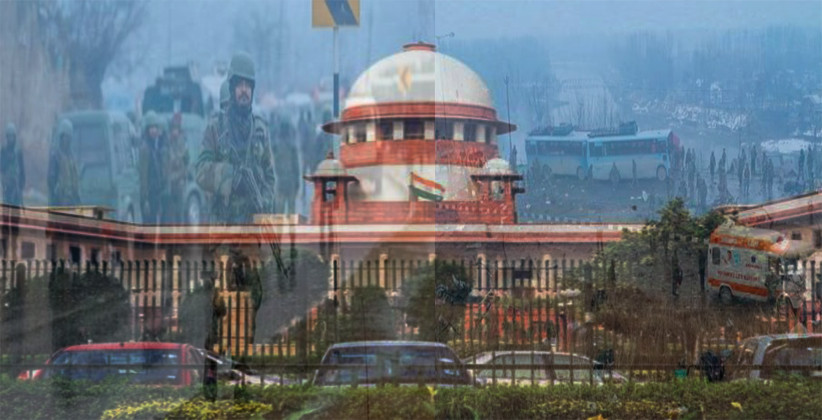 The Supreme Court today (February 25, 2019) dismissed a plea seeking a probe into the Pulwama and Uri attacks.

A Bench comprising of Chief Justice of IndiaRanjan Gogoi and Justice Sanjiv Khanna was hearing a petition filed by Advocate Vineet Dhanda seeking a judicial probe into the terror attacks in Pulwama and Uri.

The public interest litigation seeks directions to the government to constitute a commission headed by a retired judge of the Supreme Court along with army, intelligence and local administration to find out the lapses at local level and to probe the role of Indian Nationals in helping the terrorists from Pakistan in executing the attack.

Dhanda had sought directions to the government to submit a report regarding the action taken against the All Parties Hurriyat Conference (APHC) leaders who are actively involved in anti-national activities and to freeze their bank accounts. Further, it was also sought that the security cover given to the APHC leaders be withdrawn and the outfit should be banned from contesting elections. A direction to the National Investigating Agency (NIA) to formally charge, arrest and prosecute the Hurriyat leaders was also prayed for.

Moreover, Dhanda had also sought that a notification be issued making anti-national, anti-India, anti-armed forces, Anti-martyrs and other derogatory comments against our country on social media a punishable offence. Prayer was also made to cut off all cultural ties with Pakistan in the wake of the Pulwama attack.

Over forty CRPF personnel lost their lives in Pulwama terror attack on February 14, 2019, which was allegedly carried out by banned terror outfit Jaish-e-Mohammed. In the Uri attack on September 18, 2016, as many as 19 soldiers had lost their lives.