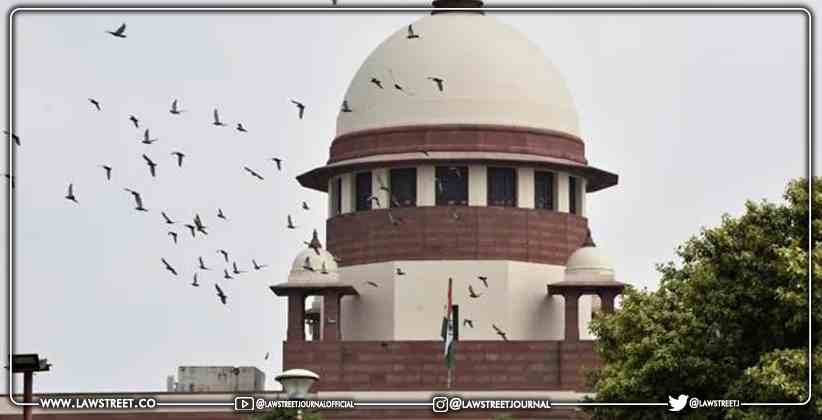 The Supreme Court on Wednesday (April 28th, 2021) refused to reconsider its 2015 judgment wherein the court upheld its stance on Jayantilal N Mistry case (Reserve Bank of India vs Jayantilal N. Mistry on 16 December, 2015) pertaining to the obligation on the part of RBI to disclose defaulters list, inspection reports, annual statement, etc., related to banks under the RTI Act.

Several FIs and banks, including the Bank of Baroda, the UCO Bank and the Kotak Mahindra Bank had filed an application in the court seeking a recall of the 2015 judgment in the Jayantilal N Mistry case, instead of a review, which is ‘maintainable’ on account of violation of natural justice as they were neither parties nor heard in the matter.

Additionally, the judgment made it mandatory for them to furnish crucial financial information, which, citing the Supreme Court’s 2017 privacy verdict, would trample upon the privacy of investors and entities as well.

A bench comprising Justice L Nageswara Rao and Vineet Saran dismissed the application on grounds of lack of any provision in the Supreme Court for filing an application for recall of a judgment.

The bench observed that the plea styled as “recall” application were in essence “review” petitions. “A close scrutiny of the applications for recall makes it clear that in substance, the applicants are seeking a review of the judgment in Jayantilal N.Mistry (supra). Therefore, we are of the considered opinion that these applications are not maintainable. We make it clear that we are not dealing with any of the submissions made on the correctness of the judgment of this Court in Jayantilal N Mistry," the Court said.

The order, written by Justice Rao, said the dispute relates to the information to be provided by the Reserve Bank of India(RBI) under the Right to Information Act (RTI). Notwithstanding the nature and the relation of the information to the banks, it was the decision of the RBI that was in challenge and decided by this court.

"No effort was made by any of the applicants (banks) in the miscellaneous applications to get themselves impleaded when the transferred cases were being heard by this court. The applications styled as recall are essential applications for review. The nomenclature given to an application is of absolutely no consequence, what is of importance is the substance of the application." the top court said.

Prashant Bhushan, advocate representing one of the RTI applicants in the matter opposing the recall plea pointed out that several banks after the judgment was delivered in 2015, did not ask to be heard despite being aware of the consequences of the judgement and RBI’s reluctance to part with the information was based on the fallacious ground of existence of a fiduciary relationship between them.

The Court, however, made it clear that the dismissal of the plea reserves its ambit to the recall application and the banks were at full liberty to take other recourses in law.

With its verdict in Jayantilal N Mistry case in 2015, Supreme Court held that banking regulators must act with transparency and not hide information that might end up embarrassing the individual banks and dismissed the objection that RBI held information about bans in fiduciary quantity and opines that RBI has to act with transparency and that it is their duty to comply with the provisions enshrined under the RTI Act, and actively do the requisite.

“When Citizens are Pushed to Precipice, it is an Unexpendable Role of State to Control Profiteering by Anyone, Even Pvt. Hospitals": Kerala HC [READ ORDER]