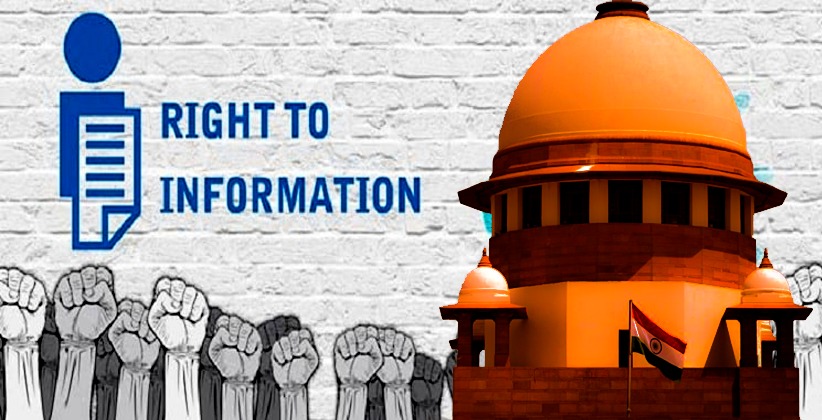 Under the Right to Information Act, the Supreme Court has dodged detailed queries raised seeking reasons for the non-implementation of live streaming of court proceedings by giving an evasive reply that the "matter is under the consideration of the Registry"

In the verdict pronounced on September 26, 2018, in Swapnil Tripathi v Supreme Court of India and connected cases, the court laid down elaborate guidelines and modalities for live-streaming and held that the Supreme Court Rules, 2013 will have to be suitably amended to provide for the regulatory framework for holistic live streaming.

"Sunlight is the best disinfectant. Live-streaming as an extension of the principle of open courts will ensure that the interface between a court hearing with virtual reality will result in the dissemination of information in the widest possible sense, imparting transparency and accountability to the judicial process" - this was the declaration made by the Supreme Court two years ago while green flagging the idea of live-streaming the court proceedings.

When Puducherry-based activist-journalist Mr.Saurav Das filed an application before the Supreme Court seeking to the know reasons for the non-implementation of the directions in the Swapnil Tripathi judgment, he received the following reply from the Additional Registrar/Public Information Officer of the SC: "Judicial orders have been passed and the matter is under the consideration of the Registry".

This reply is surprising because the Registry has no power or authority to sit over a matter in which the Court has passed a judgment.

Formal rules are not yet framed to provide for the modalities of live-streaming. This is to be done by the Supreme Court in the exercise of its rule-making powers under Article 145 of the Constitution. Further to that, technical arrangements need to be made for the implementation of the rules, for which the Supreme Court needs to act on its administrative side. A decision regarding that should come from the Chief Justice of India, who is the administrative head of the Supreme Court.

Therefore, the reply that live-streaming is under the consideration of the Registry is quite extra-ordinary.

This one line reply was given to four detailed queries made by Mr. Das, which are as follows:

The Supreme Court has been functioning in virtual mode since the onset of the COVID-19 pandemic. Soon after the court started hearings via video-conferencing, the Supreme Court Bar Association had raised a demand for live-streaming the VC hearing.

In a resolution passed on April 24, the SCBA stated that "even while video conferencing remains in use during the present crisis and lockdown, live streaming of Supreme Court hearings ought to be introduced so that video conferenced hearings are conducted, as far as possible in the spirit of Mirajkar and Tripathi decisions.

The SCBA reminded that live-streaming of VC hearings as necessary to fulfill the concept of "open court hearing" as explained in the decisions in Naresh Shridhar Mirajkar vs the State of Maharashtra and Swapnil Tripathi vs Union of India. This call made by the SCBA has gone unheeded.

Last year, an application was filed on the judicial side of the Supreme Court seeking the live-streaming of the hearing of the Ayodhya case. But this was not allowed by the Court.

Another application seeking to expedite the implementation of live-streaming guidelines is pending before the Court.