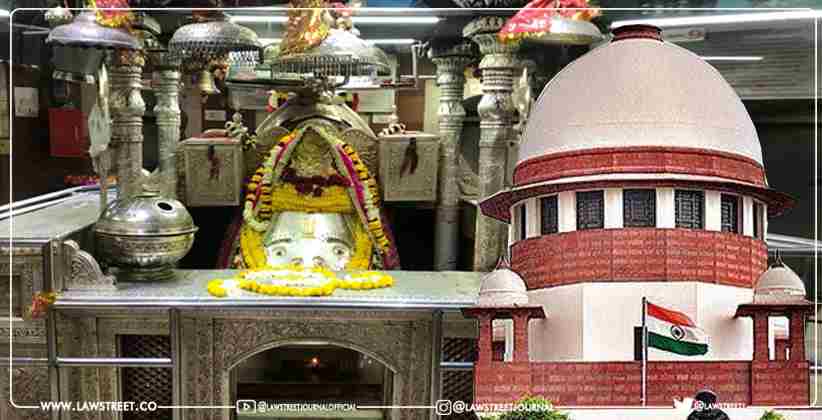 The Supreme Court on Friday refused to interfere in the plea challenging the eviction of unauthorized occupants of Jhuggis and Dharamshalas at Kalkaji Temple.

The bench of Justices DY Chandrachud and Surya Kant, while refusing to interfere with the Delhi High Court's order, granted petitioner the liberty to approach the Administrator appointed by the High Court for redressal of grievances.

The Delhi High Court had directed the Delhi Police to proceed with the eviction of unauthorized occupants of jhuggis and dharamshalas present in the temple premises.

The High Court bench of Justice Pratibha M Singh took into consideration the stand taken by such unauthorised occupants that they will neither vacate nor opt for the flats on rent or rain basera.

The Court said that the eviction of the said occupants had a sense of urgency in view of the upcoming Navratra festival commencing from 2nd April, 2022 and the fact that proper arrangements will have to be made for the entry and exit of the lakhs of devotees who visit the temple during the said period.

"The Kalkaji Mandir premises sees a steady and high influx of devotees during the Navratra period and the continued occupation of the jhuggis and dharamshalas by the occupants would pose enormous threat to the safety and security of all the devotees, for whom elaborate arrangements would have to be made by the ld. Administrator," the High Court had ordered.

The Court said that the eviction process shall be undertaken under the direct supervision and control of Joint Commissioner of Police, Southern Range, and DCP, South East Delhi. It added that all the other authorities including DUSIB, DDA, SDMC and their concerned officials shall render complete assistance to the Delhi Police. Directing the evection process to commence on March 24, the Court said that the Administrator, along with the other agencies, will be free to engage sufficient manpower or direct the deputation of the required manpower for the purpose of enabling the eviction of the unauthorized occupants of jhuggis and dharamshalas from the temple premises.

What Transpired In Supreme Court Today?

When the matter was called for hearing, Justice DY Chandrachud, the presiding judge of the bench said, "Ultimately you people must also cooperate. We have seen the judgment. The reason that the High Court has considered is the fact that Navratri is starting and you are only interested in making money."

Responding to the remarks made by the bench, petitioner's counsel Mr Mishra submitted that the petitioners were not interested in the money but in the land which belonged to the petitioners.

"We are not interested at all in the money but we are interested in the land which belongs to us. It's our land," submitted Mr Mishra.

"You will be rehabilitated Mr Mishra," remarked Justice Chandrachud.

Petitioner's counsel at this juncture drew Court's attention the the affidavit filed by the SDM as per which the land belonged to the Pujaris and not to the deity.

"When your lordships entertained the 2013 SLPs, the pujari came forward and claimed that it was our land. Then directions were issued to the SDM to find out as to whose land. The SDM filed an affidavit before this court that these are private land of the pujairs and it doesn't belong to the deity. It is not government land," counsel submitted.

"Yesterday the demolition must have taken place," said Justice Chandrachud.

Responding in negative, the Counsel said, "No the demolition is of the jhuggis which are unauthorized constructions. These dharamshalas are from 200 years back. These are pujaris who are staying with their families."

The bench at this juncture expressed its inclination to grant liberty to the petitioner to approach the Administrator appointed by the High Court.

"We will give you liberty to move the administrator or you approach the High Court," the bench remarked.

Thus the bench while refusing to interfere in the petition granted liberty to the petitioner to approach the Administrator appointed by the High Court for redressal of the grievances.

"We are not inclined to entertain the plea. We grant liberty to the petitioners to move the administrator appointed by the HC with their grievances and the Administrator will place the report before the High Court with suitable directions," the bench said in its order.

After the bench pronounced the order, Justice Chandrachud said, "Some matters we should trust with the High Court judges. We have all been judges of the High Court. There are people there manning the High Court. We are not here as an appellate forum in every matter. The dignity of the deity must be preserved."

"There are no positive directions to evict the pujairs as such. It's only unauthorized constructions. Go and show to the Administrator," added Justice Kant.

"The urgency is Navratra. The High Court is seized of it and we trust the High Court," Justice Chandrachud further added.