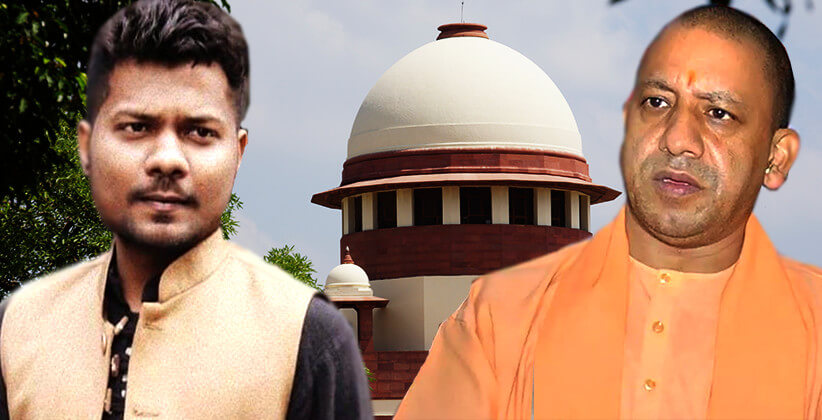 The Supreme Court today (June 11, 2019) came down heavily on Uttar Pradesh police for arresting freelance journalist Prashant Kanojia, saying that he should be immediately released on bail.

A Vacation Bench comprising of JusticesIndira Banerjee and Ajay Rastogi however, clarified that its order should not be seen as an approval of Kanojia’s social media posts.

Hearing a habeas corpus petition filed by Kanojia’s wife, the Bench observed that the “liberty of a citizen is sacrosanct and non-negotiable” and that “it is guaranteed by the Constitution and it cannot be infringed”.

Justice Banerjee asked how an arrest could be made over tweets, to which Additional Solicitor General Vikramajit Banerjee appearing for UP government replied that Kanojia had made provocative tweets against gods and religion on previous occasions and therefore offence of public mischief under Section 505 of the Indian Penal Code, 1860, was added in the list of charges.

To this, the Bench expressed its dissatisfaction and said that the Magistrate’s order of remanding Kanojia till June 22, 2019, was “not appropriate”.

The UP Police arrested Kanojia from Delhi after a case was filed against him on June 8, 2019, for comments made about Chief Minister Yogi Adityanath on social media.

A first information report was registered against Kanojia by a sub-inspector at Hazratganj police station a day before his arrest alleging that the accused made comments “maligning the image of the chief minister”.

Kanojia on June 6, 2019, shared a news item on Twitter about a woman claiming that she was in a relationship with Yogi Adityanath and that she wanted to marry him. The news was shared by Kanojia with a mocking comment.

Following his arrest, Kanojia’s wife Jagisha Arora moved a habeas corpus petition in the Supreme Court seeking his release. She challenged the arrest as illegal and arbitrary and stated that the arrest was made by police men in civil clothes, without following the mandatory procedure laid down by the apex court in DK Basu’s case.