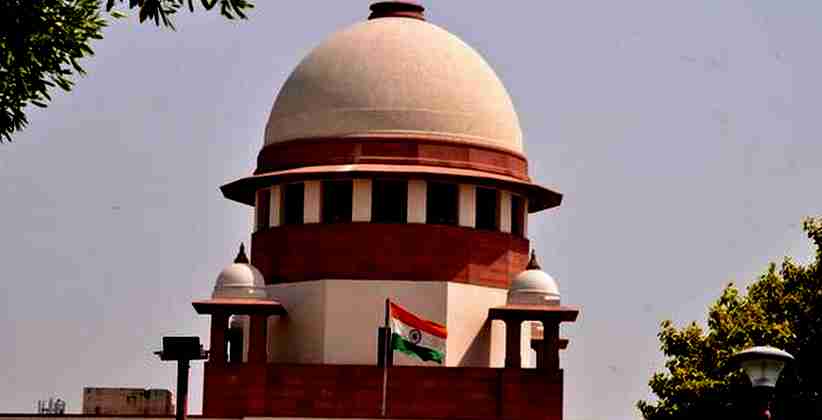 The Supreme Court has canceled the notification issued by Gujarat’sLabor and Employment Department granting exemptions to all factories in Gujarat from provisions of the Factories Act, 1948 regarding their daily working hours, weekly working hours and intervals for rest, and spread overs of adult workers as well as from payment of overtime wages at double rates as mentioned under section 59 of the Factories Act, 1948.

The Bench comprised Justice DY Chandrachud, Justice KM Joseph, and Justice Indu Malhotra where it was held that pandemic condition is not a valid reason to exempt with the statutory provisions of the legislation, especially which are providing dignity and rights to workers by the Gujarat government. The bench also mentioned that Covid-19 doesn’t come under the category of “public emergency” as stated in Section 5 of the Factories Act, 1948 threatening the security of the nation.

The Bench had reserved its order on 23rd September 2020 for the plea challenging the notification issued by the Gujarat government on 17th April 2020. The notification was supposed to be issued on the basis of Section 5 of the Act for the specified period- April 20 to July 19, 2020. The Bench also stated that since the notification, was a strong subject matter for the challenge in the writ petition under Article 32 of the Constitution, during the pendency of the proceedings it was further extended to July 20, 2020, and the petitioner was given the liberty to formally challenge the following notification.

The notification stated, “The impugned notification exempts factories from section 51, 54, 55 and 56 of the Act of various conditions which are, that for the period from April 20 to July 19, 2020 workers in Gujarat can be made to work 12 hours a day, 72 hours per week with 30 minutes break after 6 hours.”

The petitioners were the Trade Union Association named Gujarat Mazdoor Sabha (Ahmedabad) and Trade Union of India (Mumbai) who were claiming that the Factories Act, 1948 normally provides that workers can be made to work only 9 hours per day, but 48 hours in a week with 1 weekly off, thus the timings can be rounded off to 8 hours a day with 30 min break after 5 hours of work. Apart from this, in the case of female workers, no woman should be allowed to work between 7 pm to 6 am.

The plea of the petitioners was moved by Advocate Aparna Bhatt where the petitioner further contended that the notification is against Section 59 (extra wages for overtime) of the Factories Act which clearly mentions that the payment of wages should be at a doubled rate if the working hours increases from more than 9 hours per day whereas the notification is offering the same usual hourly wages even for overtime work payment.

The petitioners stated, “the shocking extension of working hours is being directed at a time when the most basic medical and scientific advice to contracting the deadly COVID-19 pandemic is to take rest and stay at home as much as possible. But the new notification is directing completely opposite… and as per the new notification the working hours are increased and the workers are not even being compensated with their overwork for the same as per law which will only lead to mental and physical deterioration.”

Hence, the plea stated that the Gujarat government has acted ultra vires to the powers vested with it acting on section 5 of the Factories Act, 1948 which allows the exemptions only in the light of “public emergence”. A public emergency can be understood as some “grave emergency whereby the security or of any part of the territory thereof is threatened whether by way or any sort of external aggression or internal disturbance” and thus public emergency would include only those emergencies which are physical and tangible in nature such as war or any internal conflict.

Even “section 5 of the Act empowers the State government to grant an exemption in case of public emergency to any factory or class or description of factories from all or any of the selected provisions of the Factories Act for such a period or subject to the conditions as it may think fit for a period of not more than 3 months.”

The petitioner also averred that the section only permits the particular exemption to be granted to anyone factory or class or description of factories but in the notification, the exemption was granted to all the factories of Gujarat which was completely unfair and against Section 5 too. “Therefore, it is amply clear that the Gujarat Government has misused Section 5 to suspend key provisions of the Factories Act”, the petition claimed. Hence, the plea was made by the petitioners to issue the directions for the quashing of the notification.