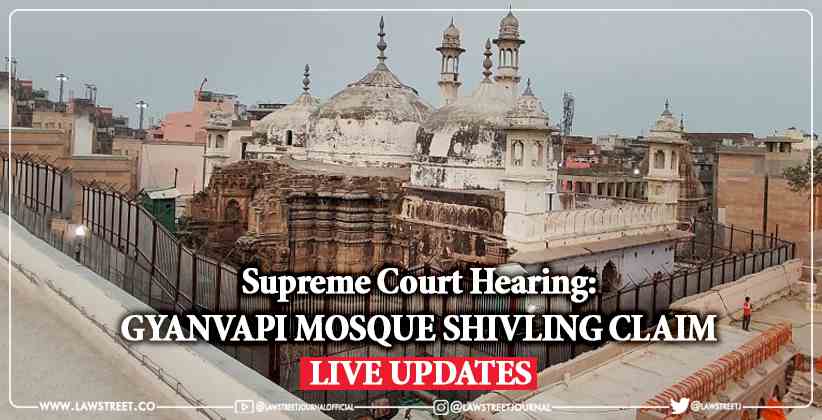 The Supreme Court will hear today the Masjid Committee's plea challenging the survey ordered by a Varanasi Court in Gyanvapi mosque complex.

A Varanasi Court directed the sealing of a spot in the Gyanvapi Mosque complex after being told that a Shiva Linga was found inside premises by the court-appointed Advocate Commissioner during the survey.

Anjuman Intezamia Masajid Management Committee has moved Supreme Court challenging the survey ordered by a Varanasi court in Gyanvapi Mosque premises on a plea by a few Hindu devotees.

On Tuesday A bench comprising Justices DY Chandrachud and PS Narasimha directed the District Magistrate concerned to ensure that the place inside the Mosque where 'Shiv Ling' is stated to have been found is protected. However, it ordered that this should not restrict the right of Muslims to offer Namaz and religious observances.

CLICK THE LINK BELOW READ THE LIVE UPDATES HERE