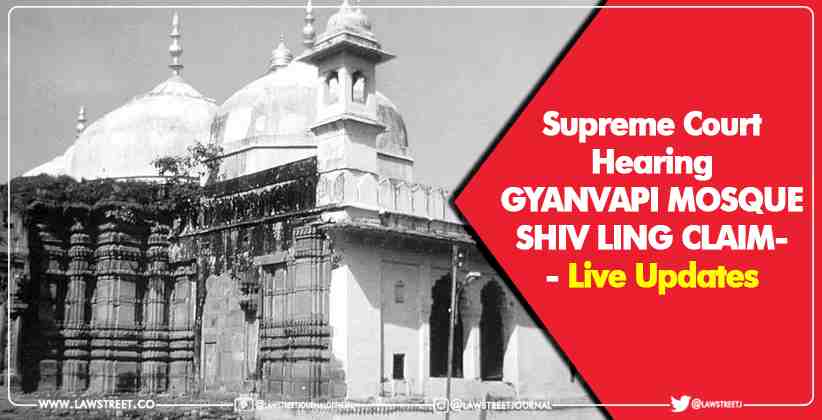 The Supreme Court will hear today the Masjid Committee's plea challenging the survey ordered by a Varanasi Court in Gyanvapi mosque complex.

A Varanasi Court directed the sealing of a spot in the Gyanvapi Mosque complex after being told that a Shiva Linga was found inside premises by the court-appointed Advocate Commissioner during the survey.

Anjuman Intezamia Masajid Management Committee has moved Supreme Court challenging the survey ordered by a Varanasi court in Gyanvapi Mosque premises on a plea by a few Hindu devotees.

On May 17, the Court had directed for protection of the spot where ShivLing was stated to be found and clarified that there will be no obstruction to the rights of Muslims for namaz & religious observances.

The plaintiffs before Varanasi court, who are Hindu devotees, have filed reply in Supreme Court disputing that the #Gyanvapi is a mosque and contending that the property has always vested with the deity.

Live-Updates from the Court hearing