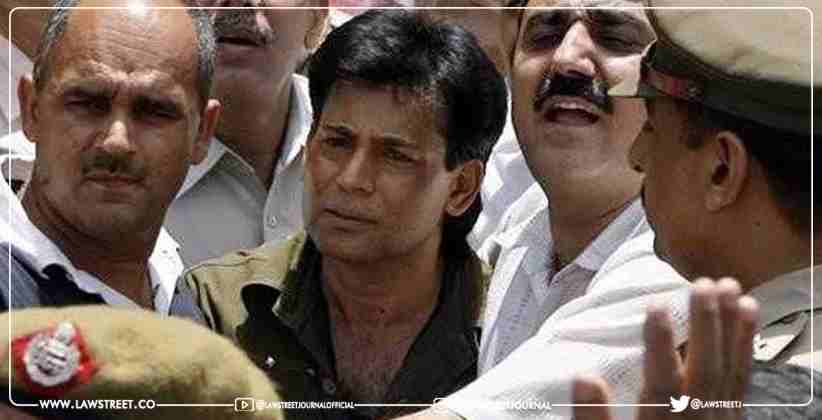 SC strongly objects over some of the statements made by Home Secretary in his affidavit on Abu Salem case on honouring assurance given to Portugal authority and says that he is virtually lecturing the judiciary which is not acceptable.

SupremeCourt to hear plea by terror convict Abu Saleem stating that his imprisonment cannot extend beyond 25 years as per the assurances given by the government of India to Portugal during his extradition.

According to reports Ministry of Home Affairs has filed an affidavit stating that it is bound by assurances given to Portugal, however the question of complying with the same will arise only in 2030 and will be done at the appropriate time subject to remedies available.

Rishi Malhotra, Advocate makes submissions on the order of the SupremeCourt on February 2nd, 2022. He says he has 2 submissions.

“An affidavit is filed on April 18, 2022 by Home Secretary. It says remedies which will be available. Will it open a pandora’s box?”

Justice Kaul: I don’t understand some parts of the affidavit. Home Secretary seems tell us we should decide the case, it is for him to say this. That too after giving him 2 opportunities to file the affidavit. We don’t take it very kindly

Justice Kaul: We will take your assurance on record. Point out from the affidavit as to from where the period of 25 will start. In custody case, it starts from the day he was taken into custody.

ASG Natraj: We are taking it from the time he was held in custody in Portugal.

Justice Kaul: In order to enable him to be extradited, you took a decision to bring him here by giving an assurance through a court process. This court has to be conscious of the fact that in your wisdom you have given an assurance. I don’t understand what the other remedies are

Justice Kaul: If the government cannot stands before the court, I am sorry. It is for you to be unequivocal.

ASG Natraj: His rights, conviction etc is upto the judiciary. As far as the assurance given, it is between one country and another.

Court: Court will take its stand

Court: We asked you if you are standing by the assurance. You are saying that the consideration is premature. How can you say its premature? The appeal is right for arguing.

Court: The officers of the highest standing of the government after being given so many opportunities. He should rightly be able to do so. I am sorry.

Court: I am strained and pained to say that one hand you say you are saying that you stand by merits, then you say he should argue the matter on merits. Why is that it seems like you are lecturing the court?

ASG Natraj: Nobody can tell the court to do anything. The situation by assuming that the 25 year period is going to expire after 5 years.

Court: You can’t hum and haw because of the assurance.

Court: We will consider

ORDER:
On 2.02.2022, Ld. Counsel for the appellant had made a four fold submission. The first submission arose out of a plea that the judiciary should also honour the solemn sovereign assurance given by the State to the court abroad. The plea was that imprisonment terms cannot be more than 25 years. His submission was that even if the TADA court does not have the power Supreme Court has the power. The second plea was on the period of se off ie. Calculation of 25 years from 2002. We had asked the authorities to file an affidavit.

Order:
The affidavit did not clarify the query posed. On the first issue, we were constrained to call upon the Home Secretary to file an affidavit as clarity was not forthcoming. Affidavit has finally been filed on 18.04.2022.

The affidavit seems to emphasise that appellant played a role in a pre meditated dastardly act. He was extradited. These powers are executive powers and are binding on the executive. Judiciary is independent. Para 6 refers to the assurance given.

Order:
What we do not appreciate is the ending of the sentence with the underlined portion. Once it is stated that the assurance has been given, the government abides by the same, there is nothing more to be said. This is the appropriate time for us to take a call.

Sentence is superfluous. We have to take a call on the effect of that assurance and we cannot postpone the hearing of the appeal on that basis. The GOI cannot say the appellant can’t argue certain things. For the judiciary to consider the effect is not premature

Affidavit states that it is legally untenable for appellant to bring the assurance on merits. Thereafter it is said that the court may decide the case on merits. AS TO WHAT TO DO OR NOT TO DO, IT IS FOR THE COURT TO TAKE A CALL. WE DO NOT APPRECIATE IT

The counsel for the appellant states that his third and fourth plea stand withdrawn, in view of the assurance he only seeks to submit that the sentence should be based on the solemn sovereign assurance. We will consider the aspect. In that behalf the counsel for appellant submit

The other point is issue of set off. Ld. ASG seeks accommodation. LD. Counsel for appellant has has to argue on the points framed today. Appellant states that he will not take note than 30 minutes on both the issues.

Adjourned to May 5th.