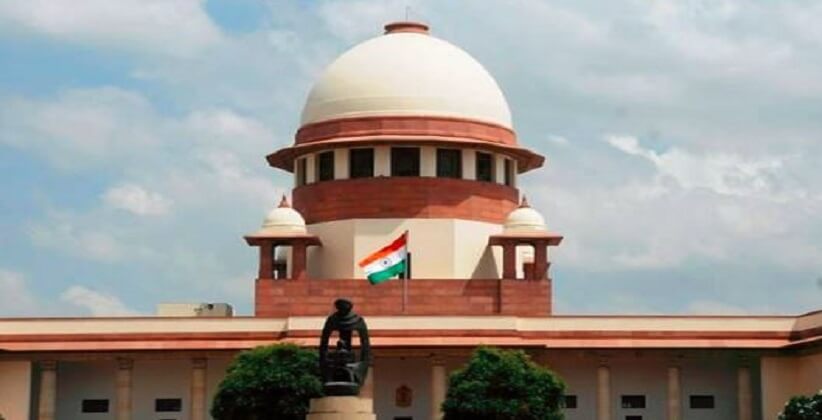 On August 2nd, 2018, the Supreme Court bench comprising of Chief Justice Dipak Misra, Justices A.M. Khanwilkar and D.Y. Chandrachud took up a petition that was filed way back in 1989 by the All India Judges Association and observed that “A sound infrastructure is the linchpin of a strong and stable judicial system.”

“It needs to be understood that without a robust infrastructure, the judiciary would not be able to function at its optimum level and, in turn, would fail to deliver the desired results,” the bench observed.

In a 16-page order, the bench stated that the raising infrastructure standards in the court complexes is the need of the hour. Better infrastructure goes a long way in strengthening the functioning of the court and would improve the productivity in the justice delivery system.

The bench reflecting on the poor infrastructure in courts, especially in the interior parts of the country has said that “It would not be wrong to say that some of them are just on the ventilator. Strengthening of court infrastructure requires immediate attention in the form of planning, enhanced budgeting and structured implementation or execution of the plans. Presently, most of the States are making budgetary provision as low as less than 1% of their total budget for the judiciary.”

The apex court issued the following directions which are the most fundamental and vital features to be provided at the earliest in all court complexes:-

Basic amenities such as adequate seating space for litigant public as well as lawyers, sufficient waiting area with seating arrangements, proper lighting and electricity, functional air-conditioning/air-cooling/ heating, accessible clean drinking water with Reverse Osmosis (RO) facility, clean and hygienic washrooms separate for men, women, transgenders and physically handicapped persons, kiosk and functional canteens selling beverages and eatables at nominal rates, preferably managed by court staff are some amenities and facilities which ought to be ensured at court complexes throughout the country.

We must further ensure that all our court complexes are conducive and friendly for the differently-abled. Ramps for such categories of persons must be operable, feasible, tried and tested. Such ramps should definitely have steel railings and handles. The court infrastructure must also keep in view the accessibility for visually impaired persons and, therefore, court complexes must have tactile pavements and signage in braille for the benefit of visually impaired citizens. That apart, for ensuring easy movement of common citizens in the court complexes, there must be maps and floor plans of the entire court complex at entry and exit points and visible signage and directional arrows with colour coding throughout the court premises.

For saving the litigant public and other citizens from running one end to the other without any guidance in the Court complexes and for assisting them to reach their desired place, it is necessary that all court premises must establish a working and fully operational help desk at major alighting points with trained court staff to brief and guide the citizens about the layout of the court premises.

Court premises must also have a sufficient number of functional electronic case display systems for litigants and lawyers with the feature of automatic update in every ten seconds.

With the increase in motor vehicles, including cars and two-wheelers, it is imperative that court premises have sufficient and proper parking space to ease vehicular traffic and avoid crowding. All upcoming court complexes must have provision for both sufficient underground and surface parking facilities segregated into four broad categories – for judges, court staff, lawyers, and litigants.

Court premises must be armed with better crowd management arrangements along with adequate security measures. It has been seen, time and again, that at the time of court proceedings of cases which are well covered by the media, the crowd management in court premises runs into utter chaos.

Creche facility at nominal rates for toddlers, falling within the age group of 6 months to 6 years, of lawyers, clerks of lawyers, bar association staff and officers and employees of court registry must also be constructed.

Professionally qualified court managers, preferably with an MBA degree, must also be appointed to render assistance in performing the court administration. The said post of Court managers must be created in each judicial district for assisting Principal District and Sessions Judges.

There shall be solar power installation in each of the district court premises initially and thereafter, the same should spread to all other courts.

Keeping in view the obtaining scenario, CCTV cameras should be placed at proper locations within the court complex.

To enhance the quality of speedy justice, video conferencing equipments and connectivity to jails shall be provided at the earliest.

The district court complex should have a dispensary with adequate medical staff and equipments. The bench ordered the State Chief Secretaries to constitute a committee of which the Secretary of the Department of Law should be a member to formulate the development plan for courts. The committee would invite an officer of the High Court, nominated by the Chief Justice of the court.

The court has listed the matter on August 23, 2018, for the filing of the status report and for the issuance of appropriate directions.