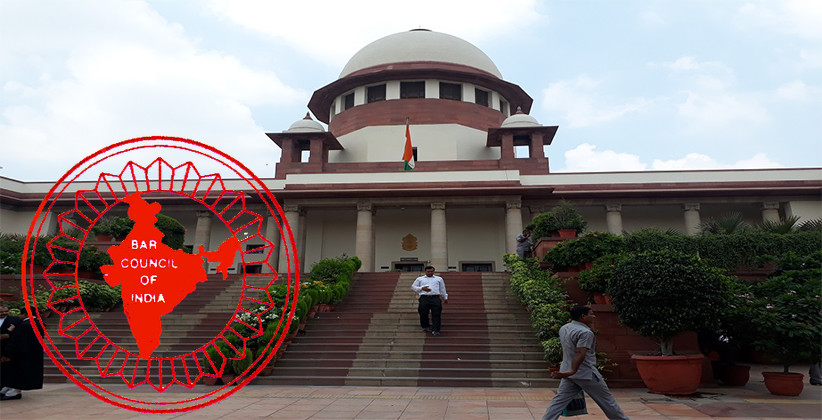 Supreme Court of India have issued notice to the Bar Council of India (BCI) in a petition seeking directions to restrain the practice of selling law degrees by “letter pad law colleges”.

The petition was filed by one M Vasantha Raja was heard by the Bench comprising of Justice AK Sikri and Justice S Abdul Nazeer of Supreme Court of India, which has sought the response of BCI.

The petitioner claimed that the practice of selling law degrees has become common in India. Such degrees are obtained without attending regular classes and by writing examinations using the help of proxy persons, particularly in the States of Andhra Pradesh, Karnataka and Uttar Pradesh.

“The Petitioner states that there is a practise prevalent in our country of “buying law degrees” without attending regular classes and also writing exams with the help of proxy persons from letter pad law colleges functioning throught our country particularly in States of Uttar Pradesh, Andhra Pradesh, Karnataka.”

The petitioner also claimed that serving government servants, full-time salaried private employees, businessmen, and anti-social elements are the persons who engage in purchasing such law degrees.

Contending that allowing such persons who buy law degress to enrol and practice as lawyers is violative of Articles 14 and 19(1)(g) of the Constitution, the petitioner has made, inter alia, the following prayers:

Top Court have processed to issue notice to BCI. The petitioner was represented by Advocate Gopal Sankaranarayanan.