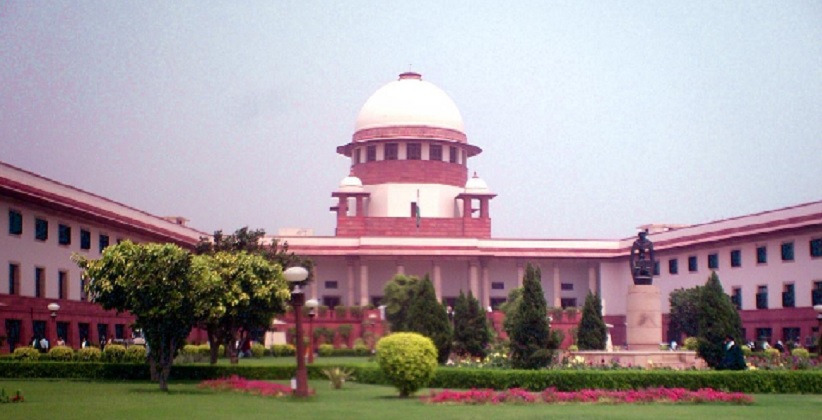 A notice has been issued by Supreme Court in a plea to challenge the constitutional validity of Sections 3 and 10 of the Insolvency and Bankruptcy (Amendment) Act, 2020. [Association of Karvy Investors v. Union of India].

The three-judge Bench of Justices Rohinton Nariman, Navin Sinha, and BR Gavai issued notice to the Centre and also extended protection to all such petitions filed under Section 7 of the IBC Amendment Act that does not meet the 10% requirement as introduced by the amendment.

The individual members of the petitioner organization, Association of Karvy Investors, had filed petitions under Section 7 of the IBC Act before different benches of the National Company Law Tribunal (NCLT) in India, due to the non-payment of their dues by private companies.

The Amendment Act has been challenged in the plea by stating that Section 3 "has imposed a stringent and onerous condition on the right of an individual financial creditor to file an application to initiate corporate insolvency resolution process under Section 7 of the IBC".

It is also stated in the plea that an application under Section 3 of the Amendment Act shall be retrospective, thereby "directly prejudicing the members of the Petitioner Association".

The Bench today, via its order has asked for status quo to be maintained in pending applications, implying that the earlier protection granted for applications under the IBC Ordinance now stands extended to the Amendment Act as well.

The primary issue in the petition is that a Section 7 petition was earlier permitted to be filed by any Financial Creditor in its individual capacity. But now, this statutory right has been unreasonably burdened by requiring them to a) figure out the total pool of people and b) get in touch with 10% of that number.

The plea filed by Advocates Srijan Sinha, Aishwarya Sinha, and Himanshu Chaubey make the case that Section 3 of the Amendment Act is violative of the right to equality and thus "should be struck down."

The Plea filed by the Association of Karvy Investors says “Section 3 of the Impugned Act along with the other provisions of the IBC makes it clear that even though no difference exists between different classes of Financial Creditors under the IBC, the Impugned Act, seeks to differentiate between the Creditors as referred to under Sub Section 6A and those referred to under Sub Section 6, without any substantial difference existing in law. As a consequence thereof, Section 3 of the Impugned Act is violative of Article 14 of the Constitution of India and is liable to be struck down."

It has been argued in the plea that the government has "failed to appreciate" that the individual investors of a company are not necessarily localized and are spread out across the country. Highlighting the "logistical nightmare" brought forth by Sections 3 and 10, the plea states that the contact details of the investors of the company are not available publicly.