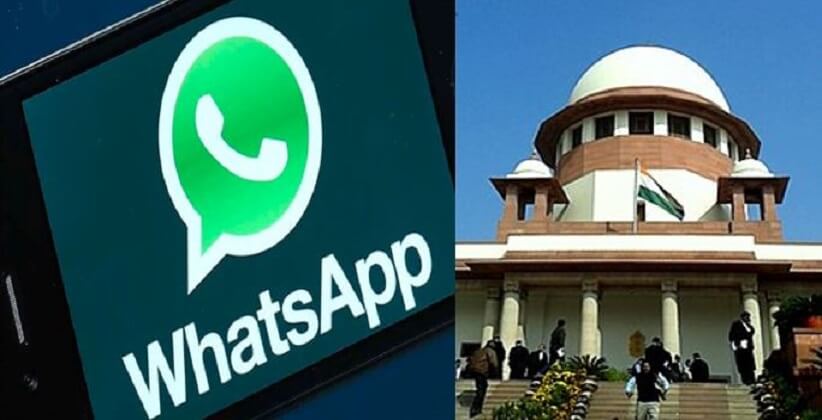 The Supreme Court on August 27th, 2018 has issued notices to the US-based multinational company WhatsApp and the Central government seeking their response over a plea which alleged that the company is not complying with the Indian laws including the appointment of a grievance officer under the Information Technology Act, 2000 to redress the complaints on fake news and online hatred.

The matter has come up before a bench of Justices R F Nariman and Indu Malhotra after an NGO Centre for Accountability and Systemic Change (CASC) filed a petition alleging that the company was not implementing the laws and also not co-operating with Indian agencies to deal with the menace of fake news being spread through its platforms leading to lynching and other incidents across the country.

“Rumour based crimes, especially lynching have increased over the last few years. Growth of such crimes are directly proportional to growth of user base of messaging services like WhatsApp, which continue to remain unregulated. In 2012, rumours caused a mass exodus of persons from North East from Bengaluru. In June 2014, mob caused rampage on the streets of Pune because of circulation of morphed images of Hindu gods on WhatsApp. Off late, lynching is happening across India on the issues of cow smuggling and child lifting,” the petitioner said.

Further, the petitioner also said that “As per National Crime Records Bureau, in 2014-16, there have been 72829 incidents of offences against public tranquillity and a total of 364526 persons were arrested for the same in 2016. Yet, WhatsApp does not comply with provision mandating Grievance Officer and other laws of India.”

Apart from the company, the NGO has also put allegations on the government, saying that the government agencies are widely using the WhatsApp platform despite the company not complying with Indian Law.

The NGO has pleaded in the court that the government should be restrained from allowing it to introduce payment system through WhatsApp, as the company is not complying with the RBI circular.

Advocate Virag Gupta, appearing for the petitioner, told the Bench that other companies like Facebook Inc. and Google Inc. have appointed grievance officer for users in India, but WhatsApp failed to comply with the law.