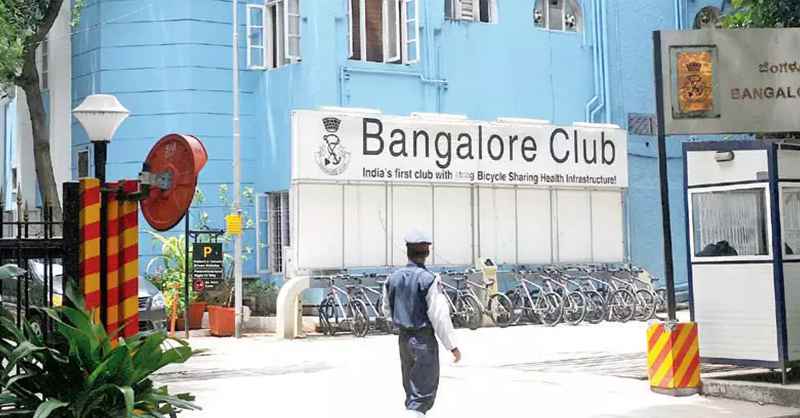 The Supreme Court has held that “Bangalore Club” being one of the oldest clubs of Bangalore is not responsible to pay Wealth-tax under the Wealth Tax Act, 1957. The Bench comprised of three judges namely- Justice RF Nariman, Justice Indira Banerjee, and Justice Navin Sinha set aside the judgment of Karnataka High Court which had held otherwise and levied wealth tax on the club.

The Bench stated in its order that “the Bangalore club is an association of persons and not the creation, by a person who is otherwise assessable of one among a large number of associations of persons without defining the shares of members so as to escape tax liability. As per the abovementioned reasons it is clear that Section 21AA of the Wealth Tax Act doesn’t get attracted in the present case.”

The case was heard before the Income Tax Appellate Tribunal which set aside the order of revenue authority mentioning the same as the Apex Court that section 21AA of the Wealth Tax doesn’t apply on the Bangalore Club. But the order was reversed by the Karnataka High Court which counted the Bangalore Club within the frame of Section 21AA of the Act.

The Court considered the appeal of the Club and Justice RF Nariman has noted some history of the Club as follows:

“In the year of 1868, a group of British officers banded together to start a Bangalore Club. Then in the year 1899, one Lt. WLS Churchill was put up on the defaulters' list of the club which numbered 17 for the amount of Rs 13 for an unpaid bill of the Club. The bill was never paid and to date remains unpaid. Lt. WLS Churchill further became Sir Winston Leonard Spencer Churchill, Prime Minister of Great Britain, and the Club still continues its ordinary existence the only excitement being when the tax collector knocks at the door to extract his pound of flesh.”

The top court referred to the pertaining provision of the Wealth Tax Act, the Court observed that Section 3(1) is not applicable at all as the Bangalore Club is neither an individual nor a Hindu Undivided Family nor a company. The court further notified that Section 21AA was introduced w.e.f 1st April 1981 and thus an association of persons other than a company or cooperative society was also brought into the tax frame so far as wealth tax is concerned with the rider that the individual shares of the affiliates of such association in the income or assets or both on the date of its formation or any time thereafter must be unstipulated or unknown.

[Subject to the other provisions (including provisions for the levy of additional wealth tax) contained in this Act], there shall be charged for every [assessment year] commencing on the first day of April 1957 [but before the 1st day of April 1993 ] a tax (hereinafter referred to as wealth-tax ) in respect of the net wealth on the corresponding valuation date of every individual, Hindu undivided family, and company [at the rates specified in Schedule I].

The Supreme Court has explained the term “association of persons” which means persons who are banded together with a common object- and as per the context of a tax-related statute, a common object signifies a business object which means to earn profits or income. The bench referred to many previous judgments which explained the term “association of persons” which has been mentioned in Section 21AA as follows:

“In order to be an association of persons for application of Section 21AA of the Wealth Tax Act, it is necessary that person band together with some commercial objective or business in order to make income or profits.

This particular presumption can be inferred from the language of Section 21AA (2) which clearly speaks of business or profession carried on by an association of person which then gets discontinued or dissolved. The main catch of the provision is to rope in the association of persons whose common aim is a business or professional object in order to earn income or gains. Bangalore Club being a social club whose objects have been referred to by the Appellate Tribunal make it clear that the persons banded together have not come together for carrying any business or professional purposes in order to make profits or income.”

Section 21AA was introduced originally to avoid any further tax evasions and its main object was to rope in certain assesses who have resorted to the creation of large associations of persons without clarifying the shares of members of such associations in order to evade taxes. While construing the particular section this aspect should be definitely looked at.